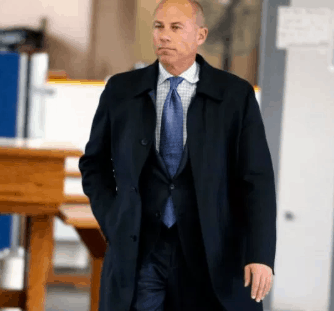 LOS ANGELES – A federal grand jury indictment filed late Wednesday charges high-profile attorney Michael Avenatti with a host of fraud and tax offenses that allege, among other things, that he stole millions of dollars from clients and millions of dollars of employment taxes that his coffee company should have paid to the Internal Revenue Service.

The 36-count indictment, which was returned by a grand jury in Santa Ana, outlines four areas of criminal conduct, all of which relate to the misappropriation and/or the illegal concealment of funds.

Avenatti, 48, who resides in Century City, was arrested in this case on March 25 pursuant to a criminal complaint that alleged the theft of money from one client and the use of bogus tax returns to obtain a series of loans. The indictment, which is now the operative charging document, alleges this conduct, but also significantly broadens the scope of the case.

The criminal charges in the indictment address four areas of wrongdoing: the embezzlement of millions of dollars that should have been paid to clients, the failure to file income tax returns and failure to pay the IRS millions of dollars in taxes, the submission of fraudulent loan applications that included tax returns never filed with the IRS, and the concealment of assets from the Bankruptcy Court.

“These four areas of criminal conduct alleged in the indictment are all linked to one another because money generated from one set of crimes appears in other sets – typically in the form of payments to lull victims and to prevent Mr. Avenatti’s financial house of cards from collapsing,” said United States Attorney Nick Hanna.

“The financial investigation conducted by the IRS details a man who allegedly failed to meet his obligations to the government, stole from his clients, and used his ill-gotten gains to support his racing team, the ownership of Tully’s coffee shops, and a private jet,” said Acting Special Agent in Charge Ryan L. Korner with IRS Criminal Investigation in Los Angeles. “Individuals who intentionally thwart the IRS and fail to meet their tax obligations will be caught and they will be held accountable.”

Avenatti faces 10 counts of wire fraud related to more than $12 million he received on behalf of clients as a result of settlements in lawsuits and other negotiations. While he was entitled to attorney’s fees for work done on behalf of clients, the indictment alleges that Avenatti stole millions of dollars from clients he represented in four matters.

In each of the four cases of embezzlement alleged in the indictment, Avenatti received money on behalf of clients into client trust accounts, misappropriated the money, and lied to the clients about receiving the money or, in one case, claimed that the money had already been sent to the client.

∙         In the case of a victim called Client 1 in the indictment, Avenatti represented the man in a lawsuit against the County of Los Angeles that alleged, among other things, Client 1 became a paraplegic as a result of the county violating his constitutional rights. The county paid a $4 million settlement in January 2015, but within months Avenatti had drained the entire settlement payment from his law firms’ trust account and used portions of the settlement to finance his coffee business or pay personal expenses. Avenatti concealed the receipt of the settlement from Client 1 and instead gave him periodic “advances” of no more than $1,900 and paid the rent for his assisted living facility, according to the indictment.

∙         Client 2 obtained a $3 million settlement in a matter, which included a payment of $2.75 million in early 2017. The indictment alleges that Avenatti took the bulk of this money – $2.5 million – and used it to purchase his portion of a jet, while falsely telling Client 2 that the settlement called for monthly payments over eight years. Avenatti made 11 monthly payments, making them appear to come from the individual who paid the settlement, but then Avenatti allegedly stopped paying Client 2.

∙         Client 3 is the client-victim discussed in the criminal complaint who was to receive a $1.9 million settlement in an intellectual property dispute. Avenatti allegedly embezzled the first installment of $1.6 million in January 2018, in part by providing Client 3 with a bogus settlement agreement indicating that the payment was going to be made two months later. The indictment alleges that Avenatti used the money to pay expenses at his coffee business and to pay his own legal expenses.

∙         Clients 4 and 5 divested shares in a company after Avenatti negotiated a “Common Stock Repurchase Agreement” for the sale of nearly $27.5 million worth of shares and then another sale of approximately $8.15 million worth of shares. When the first payment was made, Avenatti took his fees for the overall $35 million sale and sent the balance to Client 4. But when the second stock sale was finalized and the company sent nearly $8.15 million, Avenatti kept $4 million for himself and used this money to pay some of his law firm’s bankruptcy creditors, including the IRS; to provide funding for his various businesses; and to make lulling payments to Client 1 and Client 2. When Client 4 and Client 5 demanded their money, Avenatti falsely told them that the purloined $4 million already had been wired to them and provided them with a wire transfer confirmation document which actually documented the transfer of an earlier $4 million payment.

Some of the tax charges relate to Avenatti’s ownership of Global Baristas US LLC (GBUS), which operated Tully’s Coffee. Starting in late 2015 and continuing into 2017, GBUS failed to file employment tax returns and failed to pay approximately $3.2 million in federal payroll taxes, according to the indictment, which notes that this figure includes at least $2.3 million in “trust fund taxes” that GBUS had withheld from its employees’ paychecks. In 2016, the IRS initiated a collection action against GBUS, and, in June 2017, the IRS filed a federal tax lien against GBUS as part of its attempts to collect nearly $5 million in unpaid federal payroll taxes and penalties.

Further, Avenatti allegedly attempted to obstruct the IRS’s efforts to collect the taxes. The indictment alleges that he lied to an IRS revenue officer, opened a new bank account to receive funds related to credit card transactions at Tully’s coffee shops, and directed Tully’s employees to deposit cash receipts into a bank account belonging to a car racing outfit that Avenatti also owned. Some of the money that should have been used to pay GBUS’ tax debt was transferred to bank accounts associated with Avenatti’s law firms, and some of that money was used to make lulling payments to Clients 1 and 2.

Avenatti faces two counts of bank fraud stemming from an alleged scheme in which he submitted bogus financial information to obtain three loans totaling $4.1 million from The People’s Bank, a federally insured financial institution in Mississippi. As previously alleged in the criminal complaint, Avenatti submitted personal tax returns that had never been filed with the IRS, but the indictment further alleges that he submitted documents to the bank that overstated the resources of the Eagan Avenatti law firm. For example, the indictment accuses Avenatti of submitting a balance sheet for the law firm stating that the law firm, on March 10, 2014, had $508,200 in its operating account, when in fact the account held slightly more than $43,000. Avenatti also allegedly submitted to the bank a partnership tax return for Eagan Avenatti for 2012 that was different from the return actually submitted to the IRS in that the return provided to the bank reported close to $8 million in additional business income.

Avenatti faces four bankruptcy fraud charges for allegedly making false statements in relation to a bankruptcy case involving Eagan Avenatti. As the managing partner of the firm, Avenatti agreed in the bankruptcy proceeding to abide by certain guidelines and requirements, including filing monthly operating reports that detailed all of the firm’s financial information. Three of the bankruptcy fraud charges allege that Avenatti submitted, under penalty of perjury, monthly operating reports that failed to report all of the firm’s accounts receivable. Additionally, Avenatti is charged with falsely testifying under oath during a June 2017 bankruptcy hearing by denying the firm had received any fees related to a lawsuit when Eagan Avenatti had actually received more than $1.3 million, which included attorney’s fees in relation to that case.

If he were to be convicted of the charges alleged in the indictment, Avenatti would face a statutory maximum sentence of 333 years in federal prison, plus an additional two-year mandatory consecutive sentence for the aggravated identity theft charge.

Avenatti, who is free on a $300,000 bond, is scheduled to be arraigned on the indictment on April 29 in United States District Court in Santa Ana.

The ongoing investigation into Avenatti is being conducted by IRS Criminal Investigation, which has received assistance from the Newport Beach Police Department and the Orange County District Attorney’s Office.

This case is being prosecuted by Assistant United States Attorneys Julian L. André of the Major Frauds Section and Brett A. Sagel of the Santa Ana Branch Office.

In a related action on Wednesday, federal authorities seized the Honda jet that was purchased, in part, with money Avenatti allegedly stole from Client 2. That portion of the case is being handled by Assistant United States Attorney Steven R. Welk, Chief of the Asset Forfeiture Section. 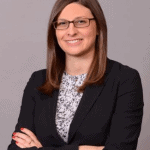