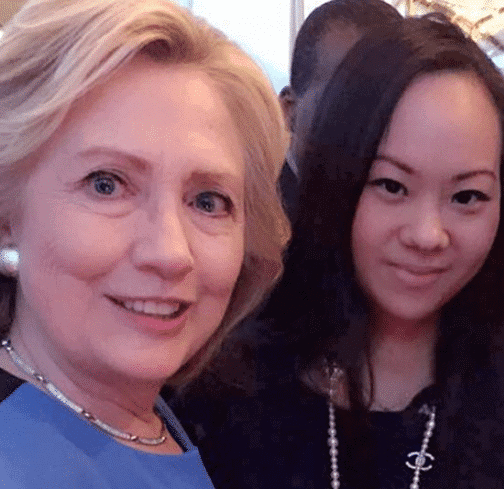 SANTA ANA, California – An attorney who lives in El Monte pleaded guilty today to federal fraud and money laundering charges for participating in a multi-faceted scheme that collected more than $50 million from foreign investors seeking “Green Cards” through the EB-5 visa program.

Victoria Chan [陳莹莹], who along with her father operated a San Gabriel-based business called California Investment Immigration Fund, LLC (CIIF), admitted that she exploited the EB-5 visa program, which provides lawful permanent residence – commonly known as a “Green Card” – to foreign nationals who invest at least $500,000 in a domestic business that creates 10 new American jobs.

Chan admitted that much of the money collected by CIIF from the primarily Chinese investors either was stolen by the conspirators or was refunded to the foreign nationals. This undermined one of the basic principles of the EB-5 program because the money was not actually invested in the United States, nor did it lead to the creation of 10 new American full-time jobs, as required under the program.

Chan admitted submitting about 130 fraudulent EB-5 visa applications to federal immigration authorities, and many of those applications falsely claimed that the foreign investments were being used to fund construction projects that were creating new jobs.

As part of the wire fraud conspiracy, Chan admitted that she fraudulently used hundreds of thousands of dollars in EB-5 investor funds to purchase homes in her name, including residential properties each worth nearly $1 million in Diamond Bar and Rancho Cucamonga.

“This fraud scheme subverted the federal immigration process, which resulted in dozens of foreign nationals obtaining green cards they were not entitled to receive,” said Acting United States Attorney Sandra R. Brown. “In addition to the millions of dollars they charged in fees, Chan and her father personally benefited by wrongfully using the EB-5 investment funds to purchase expensive homes in their names. We are committed to preserving the integrity of this nation’s immigration system as part of our overarching dedication to protecting the national security of the United States.”

“Defendant Chan got rich by operating a long-term fraudulent scheme during which she manipulated a government program intended to encourage investors and stimulate the U.S. economy,” said Danny Kennedy, the Assistant Director in Charge of the FBI’s Los Angeles Field Office. “The FBI and our federal partners will continue to investigate allegations of visa fraud which damage the credibility of immigration incentives and discourage foreign investment.”

“Our message is clear – America’s legal immigration system is not for sale,” said Joseph Macias, Special Agent in Charge for Homeland Security Investigations (HSI) Los Angeles. “In addition to posing significant security and safety vulnerabilities that could be exploited by criminals and others who pose a danger to our community, immigration benefit fraud undermines the integrity of our legal immigration process and penalizes those who abide by the law. HSI will work closely with our law enforcement partners to ensure that those who would exploit our nation’s immigration system for their own enrichment are brought to justice.”

In relation to this case, Chan, along with other people and entities related to her, agreed to forfeit to the government eight properties worth nearly $25 million that federal prosecutors linked to the fraudulent scheme. A ninth property named in an asset forfeiture complaint related to the scheme, a parcel in Rancho Cucamonga, is expected to be forfeited in the coming weeks.

Chan pleaded guilty to charges contained in a criminal information filed earlier this month. According to the information and a related plea agreement, Chan played a key role in the scheme by submitting fraudulent visa applications to U.S. Citizenship and Immigration Services and refunding the purported investments by wire transferring millions of dollars to Chinese nationals.

Members of the conspiracy convinced more than 100 Chinese nationals to invest over $50 million in CIIF and related companies, according to court documents. Some of the foreign nationals were on China’s “100 Most Wanted List” after being charged with crimes such as bribery.

“Government programs designed to provide a pathway to permanent legal residency for foreigners and full-time jobs for Americans will not be exploited by greed,” stated IRS Criminal Investigation’s Special Agent in Charge, R. Damon Rowe. “Today’s guilty plea is the result of untangling a global web of complex financial transactions used by Ms. Chan to facilitate her immigration fraud scheme. IRS Criminal Investigation is proud to share its hallmark financial investigative expertise in this and other increasingly sophisticated financial investigations.”

The scheme related to CIIF started in 2008 in Garden Grove and was later relocated to San Gabriel. The operation was shut down in April when federal authorities executed a series of search warrants on CIIF’s office and Chan’s residence.

As a result of the today’s guilty pleas, Chan faces a statutory maximum sentence of 45 years in federal prison.

The ongoing investigation into the EB-5 fraud scheme is being conducted by the FBI, U.S. Immigration and Customs Enforcement’s Homeland Security Investigations (HSI), and IRS-Criminal Investigation. United States Citizenship and Immigration Services (USCIS) also provided valuable assistance in the investigation and prosecution of the case.

USCIS Los Angeles District Director Donna Campagnolo stated: “This is an excellent example of federal agencies working together to combat fraud and maintain the integrity of our immigration system. USCIS is committed to providing information to our investigative colleagues to bring fraudsters to justice.”