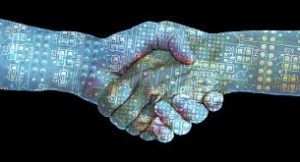 Blockchain advocates have been awaiting the final decision by ASX Ltd, the Australian Securities Exchange, as to whether ASX will replace its existing and aged CHESS registry, settlement and clearing system with a blockchain-based system that ASX has been developing and testing for the last two years.

Last December, ASX announced that it will go ahead with its plan to move to the new blockchain system, as it believes that adopting it will result in significant savings of back-office costs for all involved parties. At the end of March 2018, ASX reportedly plans to release for market feedback details regarding the launch functionality of the system and the timetable for its implementation, with the final launch date to be determined.

This decision is huge. It is a milestone in the adoption of blockchain generally, and it positions ASX at the forefront of blockchain deployment in the financial services industry.

ASX’s announcement focuses the spotlight on the underlying securities laws, policies and regulations that underpin Australian securities registration, settlement and clearing. Law is always a lagging indicator of technological development, especially in the case of blockchain, which is so dramatically different than its predecessor technologies.

Thus, the question that Australian lawyers and regulators must be considering right now is: Will Australia’s existing legal framework support and be compatible with this new technical infrastructure, or are new laws and regulations, as well as revisions and reinterpretations of existing principles, needed?

In the US, similar blockchain infrastructure is being developed for the securities industry, and lawyers in the financial services sector also need to be focused on what changes in regulation are necessary to smooth the transition.