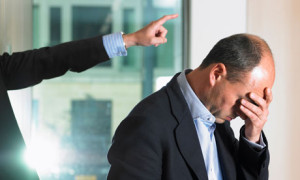 A review of Australian law firms found that 250 ‘worker bees’ were lost during the pandemic with the largest law firms losing over 2 per cent of their non-partner fee earners.

The Australian Financial Review Law Partnership Survey found that the cuts followed the reduction of lawyers’ pay and pay freezes.

Norton Rose Fulbright reportedly lost more staff than any other firm in the survey with 119 fewer fee earners than in July and over 100 fewer than the beginning of the year.  It also lost more partners than any other Australian law firm as its partnership had a net loss of 14.

This has included losing the brunt of its small claims, low value insurance practice and focusing instead on growth areas with bigger margins such as class action litigation and regulatory work that Norton Rose handled.

The survey found that the other firms sustaining major workforce departures were Sparke Helmore (down 14 per cent since January), Gadens (11.8 per cent), Squire Patton Boggs (11.3 per cent) and McCullough Robertson (11.2 per cent).

Clayton Utz chief executive partner Bruce Cooper said the firm had imposed a “quasi hire freeze, where the business had to get over higher hurdles to hire”.

“Typically at this time of year, we would be hiring a larger number of paralegals than we currently are,” Mr Cooper said.

He said the firm had also “been focused on a small amount of performance management. But that’s not COVID-induced – it’s more fundamentally about being more rigorous on ensuring we get the talent mix right.”

Allens managing partner Richard Spurio said the falls could be put down to concern about the pandemic.

“I think it’s just some normal attrition and firms being cautious about putting people on,” Mr Spurio said.

“However, we have a big graduate intake next year and we are hiring people in a number of areas.”

However not everything was bad news in the AFR survey, with some firms taking on lawyers and paralegals, mainly in the insurance space.

“This year, that strategy has culminated in us being engaged on the Ruby Princess inquiry, the Victorian hotel quarantine inquiry and the Insurance Council of Australia quarantine test case,” Mr Tooma said.

“We have also been engaged in countless high-profile cyber breaches and other regulatory investigations.”

Wotton + Kearney, which has offices in Australia and New Zealand, had taken seven lawyers from Sparke Helmore and was also kept busy with COVID-related claims, construction and weather-related issues.