Barrington Henderson, the lead singer of the Temptations for more than 5 years, filed suit today against the group, Motown, group founder Otis Williams and others alleging that they have failed to pay him royalties for both a platinum Temptations album and a Grammy(R)-
winning album. The lawsuit also alleges that the Temptations continue to use Henderson’s image and voice on merchandise, advertising and the Temptations website in an effort to use his popularity to further their own success and make money.

According to the lawsuit, Henderson was fired in June of this year despite promises to him and Temptations fans that he would continue to be the lead singer of the band. Henderson further alleges that during his employment with the group, the Temptations failed to make the required social security payments on his behalf and that Otis Williams, the founder of the Temptations and the only remaining original member, made defamatory and untrue statements about Henderson’s ability to perform.

“The Temptations and Motown have sold millions of recordings withBarrington Henderson as the lead singer and he is the credited writer of on of the tracks on `Awesome,’ yet they have failed to pay him royalties,” said Brian Glicker, attorney for the plaintiff. “They used Barrington to make them money and discarded him when he wanted what was rightfully his.” 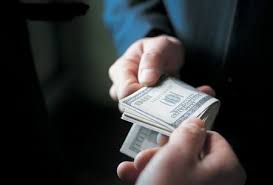