The use of social media – or its misuse – is something affecting every business and profession – not the least being barristers with the President of the New South Wales Bar Association issuing an edict on the matter following recent, unspecified incidents.

Arthur Moses SC (right) referred to a number of recent incidents that had  ‘prompted’ him to remind members of their obligations under the Legal Profession Uniform Conduct (Barristers) Rules 2015.

He wrote in the Barristers’ newsletter that ‘electronic communication, including email and the use of all forms social media [sic], requires the same level of courtesy and professionalism as other more traditional means of communication.’

Undoubtedly aware of a multitude of cases where offensive or inappropriate social media comments can quickly find their way into the public domain, Moses advised that ‘members should be especially vigilant when using methods of communication which are by their nature less formal in tone, such as Facebook, Twitter, blogs, Instagram and other forms of social media’ and ‘you should be aware that any comment made online, even in a closed/secret Facebook group, can be shared via a screen shot.’ 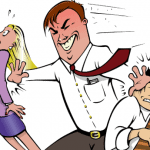