It’s unusual for web review site Rotten Tomatoes to record 100 per cent in its often caustic reviews, but the “Breaking Bad” prequel “Better Call Saul” has scored the perfect 100.  And why wouldn’t it?

Among the comments from the RT panel of reviewers:

Just as Breaking Bad did when Walter and Jesse started cooking together, Saul eventually shifts into high gear and delivers real promise as an addictive drama that’s full of surprises and, more importantly, thoughtful storytelling.

the propaganda surrounding Saul has been entirely accurate, and while Jimmy may experience disappointment after disappointment, viewers will suffer no such fate.

Spencer Kornhaber of The Atlantic –

Gilligan and co-creator Peter Gould have improbably constructed something that feels like a continuation of its predecessor but not a retread, telling a new tale with their old show’s trademark meticulousness, gravity, humor, and, beauty.

And on they go describing what could be another Vince Gilligan classic – made for lawyers on one level and everyone else at the other.

A brilliant riff on the life of Saul Goodman and his law practice, blending comedy and drama in the narrative style of “Breaking Bad” but with a whole new slant on the drama of the bumbling lawyer.

Already prompting a raft of fan reviews, Facebook fan pages such as Better Call Saul Fans and a raft of other fans, its likely to be another show stopper. 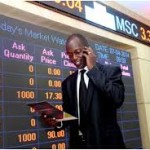 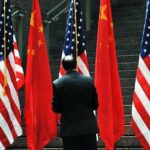