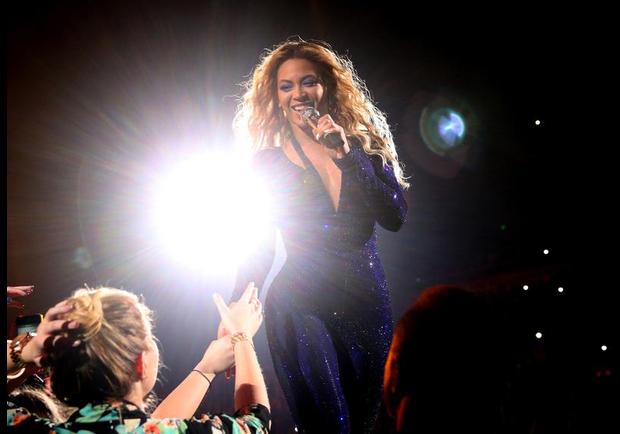 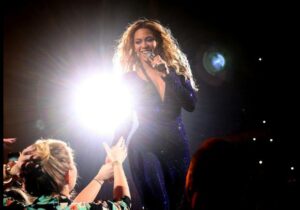 Want to work out the economics of the entertainment business – specifically how much money Beyonce might make from her latest album, which has created an iTunes hit like no other – breaking records and shattering the illusion that everyone in the music download game were unprepared to pay.  Almost one million Beyonce fans paid full price for her self-title album.

[wp_ad_camp_1]
Apple reported that the album hit the top spot in 104 countries, selling over 828,000 copies worldwide, mostly in the US and avoiding the need by the artist to give away or warm up her audience with some other gimmick.

But how do the economics work out?

Zack O’Malley Greenberg of Forbes took a good look at the law and economics behind the Beyonce hit and just what it means to her and Sony’s bottom line.

The fact that nearly 900,000 customers were willing to pay full price to buy this album is testament to the passionate dedication of Beyoncé’s legions of fans,” says one veteran entertainment lawyer who declined to be named. “Most artists have to pre-sell or hype albums by giving away singles on various websites, or streaming the album.”

So how does the album impact Beyoncé’s bottom line? The aforementioned attorney believes the “Single Ladies” singer has already turned a profit on her latest launch, thanks in part to a deal with Sony’s Columbia Records rumored to be structured more like a joint venture than a simple superstar royalty rate of 20% or thereabouts (a spokesperson for Beyoncé declined to comment for this story and a representative from Sony did not immediately respond to a request for comment).

A partnership-style setup would be particularly lucrative given Beyoncé’s iTunes launch. Apple typically takes a 30% cut of sales, which would leave 70%, or a little over $11 per $15.99 album sold, for Beyoncé and her label. Take out the statutory 9.1 cents for publishing on each of the album’s 14 tracks (Beyoncé has songwriting credits on the album, but let’s assume her co-writers take the lion’s share) and you’re left with about $10 per unit.

Mainstream pop albums’ production budgets can easily soar into the millions, and Beyoncé’s includes videos for each track, which could push the total cost into the mid seven-figures. But even assuming that she co-financed a whopping $5 million budget, the album’s opening weekend alone would have earned Beyoncé and her label a multimillion-dollar profit to split.

Of course, those details may be moot. According to a different attorney, Lori Landew of Fox Rothschild, the deal was probably a moneymaker for Beyoncé before the album even went on sale, even if her agreement was structured as some sort of joint venture.

“Presumably, Beyoncé’s deal entitled her to a nice advance payment on sales before a single unit (digital or physical) was sold,” she says. “However you slice it, it seems safe to say that her label will work hard to make and keep her happy so that they can enjoy a mutually rewarding relationship now and into the future.”

Under this likely scenario, Beyoncé won’t see another dollar from the album until she earns back her advance, plus any share of production costs added to it. But if big upfront payments run in the family, she’s already in good shape–her husband Jay Z’s Live Nation deal called for advances of $10 million per album.

Certainly the blistering sales of her album will help Beyonce’s ongoing tours, which could go well beyond her iTunes revenues, too. 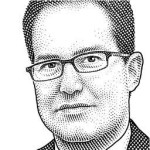