Skip to content
Skadden, Arps, Slate, Meagher & Flom LLP   On May 10, 2016, the French Competition Authority and German Federal Cartel Office published “Competition Law and Data,” a joint report on big data and its implications for competition law. The paper identifies issues that antitrust authorities should consider when assessing the interplay among big data, market power and competition law.

The term “big data” refers to increasingly large data sets collected by companies on the basis of their activities via the web, social networking or intelligent devices. Due to their volume, the processing of big data requires specific tools and processes.

The emergence of big data is the result of the exponential growth both in the availability and automated use of information, which has prompted the development of complex analytics based on algorithms to spot patterns. Companies collect and analyze this data to improve the quality and level of their services as well as to offer more targeted advertising services.

The debate on big data and competition law has essentially centered around one overarching question: Does big data create barriers to entry and expansion that facilitates the creation or strengthening of a dominant position to such an extent that consumers may suffer from higher prices or lower quality products and services?

What Do Tech Companies Do With Your Data?

The report has identified a number of potentially anti-competitive practices that can arise in the context of the acquisition, accumulation and use of big data.

While the report is the result of joint efforts by the French and German competition authorities, other EU national authorities, such as the Competition and Markets Authority (CMA) in the U.K., have recently analyzed similar issues in this area. (The CMA’s “The Commercial Use of Consumer Data,” published in June 2015, is available here).

The report discusses potential antitrust issues raised by big data in the context of acquisitions of firms that own large sets of consumer data. The report identifies both horizontal issues — the concentration of data that results from a merger of two firms active in the collection and sale of big data — and nonhorizontal issues, described as potential foreclosure effects arising from mergers between firms active in vertically or otherwise related activities of the big data value chain (e.g., data collection and online targeted advertising).

The European Commission looked at these potential effects, for example, in the Facebook/WhatsApp deal, and in particular whether the transaction would increase the concentration of data within Facebook’s control to the extent that it would enable Facebook to strengthen its position in the area of online targeted advertising. In that case, the commission determined there was no cause for such concern because WhatsApp does not collect or store data on its users.

In the area of conduct, the report identifies as the key issue whether the collection of big data can give firms the ability to foreclose or marginalize other competitors active in the markets where big data is used through one or more of the following practices:

Refusal to Provide Access. This conduct can be anti-competitive only if the data constitutes an “essential facility” to the activity of the undertaking asking for access. According to the report, access should be required only if the refusal is not justified and data owned by the incumbent is truly unique and indispensable for the competitor’s business However, according to the report, privacy concerns must also be taken into account, as forced sharing of user data could violate privacy laws.

Exclusivity Provisions. Contractual exclusivity provisions with third-party providers may foreclose rivals by making it harder for them to access the third party’s data.

The report also refers to data as a vehicle for price discrimination for different customer groups, which may constitute an exploitative abuse in certain cases.

A last concern raised by the report relates to privacy protection. According to the report, privacy concerns do not in and of themselves raise competition law concerns. However, privacy protection may raise competition law issues whenever a dominant undertaking, for which data is a main input for its products or services, clearly breaches data protection laws. This is the concern the German Federal Cartel Office raised when, on March 2, 2016, it announced the opening of an investigation against Facebook for an alleged abuse of its dominant position by infringing data protection rules.

The competitive dynamics of big data is complex, and the technologies and related business models around big data are evolving rapidly. Competition agencies around Europe are paying ever-increasing attention to big data and have begun the process of trying to understand the role of data in corporate strategies and the possible application of competition law to such strategies.

Big data is, and will continue to be, on the agenda of European competition authorities for years to come. 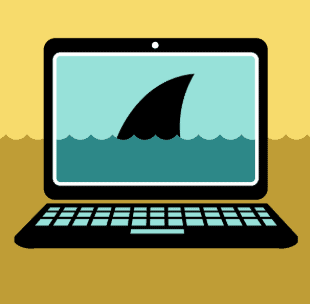