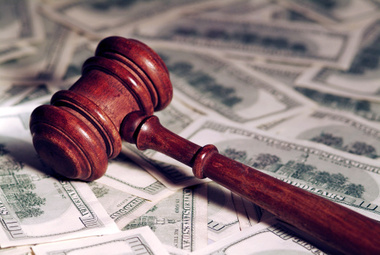 Lawsuits both for and against law firms have been outlined in a New York Law Journal article that looks at everything from gender discrimination suits to malpractice actions.

A number of the lawsuits that commenced have been silently settled or gone the arbitration route.

One settled lawsuit included Winston & Strawn’s five-year legal battle with women’s clothing retailer Leggiadro Ltd when Leggiadro filed a  legal malpractice complaint in 2012 that alleged the firm failed to advise that it would be subject to tax liabilities that lead it to accept a lower buy-out settlement with the company’s landlord.  Evidently that lawsuit has settled.

Jodi Ritter, a former nonequity partner of Wilson Elser Moskowitz Edelman & Dicker, sued the firm in 2014, claiming she was subjected to repeated harassment and discrimination over having children.

In an ex-employee battle, a lawsuit brought by an intellectual property attorney against Dickstein Shapiro, his former firm, was reportedly resolved last year after an unfavorable ruling against the now-defunct law firm.  The lawsuit alleged that the firm and several of its former partners, claimed he was mistreated when he left the firm and not paid the amount he was due in salary and bonuses.

Tax liability Disputes
Among the lawsuits were a settlement last year when Pryor Cashman settled a legal malpractice suit brought by an entity tied to real estate investor David Lichtenstein alleging $37 million in damages, was settled nearly seven months after an appeals court revived a claim in the litigation.
The case was discontinued by notice made at the end of last year.

Check the cases at the NYLJ link.