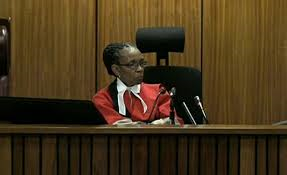 There is glamour, tragedy and a certain black-and-white irony in the Oscar Pistorius trial involving a judge who comes from the “wrong” side of South Africa’s tracks. The New York Times have profiled the Pistorius trial judge Thokozile Matilda Masipa, the stern but quiet 66 year old who moved from a poor town to South Africa’s highest court.

A former newspaper reporter, she was once arrested during a protest and ordered by her white jailers to clean her cell’s filthy toilet. She began studying law at the height of apartheid and became a lawyer only in her 40s.

“Whoever thought that one day a black woman would be standing judge over a white boy?” said Nomavenda Mathiane, 68, a former newspaper colleague.

Since the trial began in March, Judge Masipa has sat at the intersection of two powerful problems in South Africa: violence against women and racial tensions. She has listened to Mr. Pistorius’s lawyers knit together a defense that rests in part on white South Africans’ deep-rooted fear of black men invading their homes. She has sometimes chided the white men in her courtroom, who address her with the honorific “My Lady” — still an extraordinary scene a generation after the end of apartheid.

During testimony in May, Judge Thokozile Matilda Masipa and lawyers examined the door from Oscar Pistorius’s bathroom, which had been brought into court in Pretoria, South Africa. Credit Pool photo by Themba Hadebe

“One time they were all shouting at each other, and it was getting worse and worse,” said Margie Orford, a novelist who has written about the trial. “She called them over, and they stood before her like naughty schoolboys and said, ‘We’re sorry, My Lady.’ It was a beautiful little apartheid reversal going on there.”

On Thursday in Pretoria, both sides in the Pistorius case will return to the High Court, South Africa’s highest trial-level court, to make their final arguments in a sensational trial that Judge Masipa has steered — skillfully, experts say — despite the glare of live television and social media, as well as the dramatic courtroom behavior of Mr. Pistorius and the prosecutor, Gerrie Nel. Because South Africa does not have a jury system, Mr. Pistorius’s fate will rest with Judge Masipa, who is being advised by two associates.

Will the judge accept the defendant’s explanation that he mistakenly shot his girlfriend, Reeva Steenkamp, 29, through a locked bathroom door on the night of Feb. 14, 2013, believing that an intruder had entered his upscale home in Pretoria? Or will she side with the prosecutor, who says Mr. Pistorius intentionally killed Ms. Steenkamp in a jealous rage after an argument? 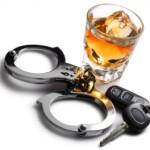 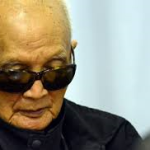