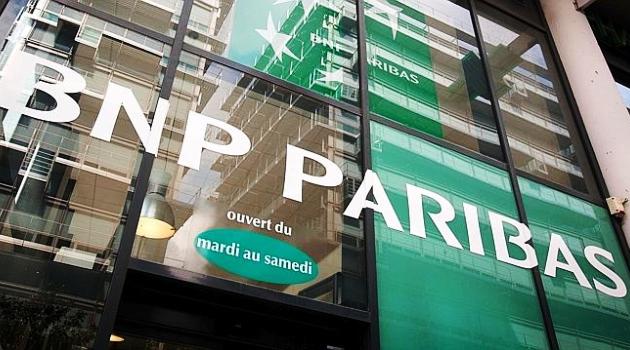 LawFuel.com –
Preet Bharara, United States Attorney for the Southern District of New York, and Assistant Attorney General Leslie R. Caldwell of the Justice Department’s Criminal Division, announced that BNP Paribas S.A. (BNPP), a global financial institution headquartered in Paris, France was sentenced today for conspiring to violate the International Emergency Economic Powers Act (IEEPA) and the Trading with the Enemy Act (TWEA) by processing billions of dollars of transactions through the U.S. financial system on behalf of Sudanese, Iranian and Cuban entities subject to U.S. economic sanctions. BNP Paribas was sentenced to a five-year term of probation, and ordered to forfeit $8,833,600,000 to the United States and pay a fine of $140,000,000. Today’s sentencing is the first time a financial institution has been convicted and sentenced based on its violations of U.S. economic sanctions.

BNPP’s sentencing follows its plea of guilty on July 9, 2014, to conspiring to violate U.S. sanctions laws. As part of its plea, BNPP admitted to moving more than $8.8 billion through the U.S. financial system on behalf of sanctioned entities, including more than $4.3 billion in transactions involving entities that were specifically designated by the U.S. government as being cut off from the U.S. financial system. The total financial penalty imposed on BNPP – $8,973,600,000, including the forfeiture and criminal fine – is the largest financial penalty ever imposed in a criminal case.

U.S. Attorney Preet Bharara said: “BNPP, the world’s fourth largest bank, has now been sentenced to pay a record penalty of almost $9 billion for sanctions violations that unlawfully opened the U.S. financial markets to Sudan, Iran, and Cuba. BNPP provided access to billions of dollars to these sanctioned countries, and did so deliberately and secretly, in ways designed to evade detection by the U.S. authorities. The sentence imposed today is appropriate for BNPP’s years-long and wide-ranging criminal conduct.”

Assistant Attorney General Leslie R. Caldwell said: “BNP Paribas flouted U.S. sanctions laws to an unprecedented extreme, concealed its tracks, and then chose not to fully cooperate with U.S. law enforcement, leading to a criminal guilty plea and nearly $9 billion penalty. BNPP deliberately disregarded the law and provided rogue nations, and Sudan in particular, with vital access to the global financial system, helping that country’s lawless government to harbor and support terrorists and to persecute its own people. Today’s sentence demonstrates that financial institutions will be punished severely but appropriately for violating sanctions laws and risking our national security interests.”

Today’s sentencing is part of a resolution announced in July 2014 in which the New York County District Attorney’s Office also announced that BNPP pleaded guilty in New York State Supreme Court to falsifying business records and conspiring to falsify business records. In addition, the Board of Governors of the Federal Reserve System announced that BNPP agreed to a cease and desist order, to take certain remedial steps to ensure its compliance with U.S. law in its ongoing operations and to pay a civil monetary penalty of $508 million. The New York State Department of Financial Services (DFS) announced that BNPP agreed to, among other things, terminate or separate from the bank 13 employees, including the Group Chief Operating Officer and other senior executives; suspend U.S. dollar clearing operations through its New York Branch and other affiliates for one year for business lines on which the misconduct centered; extend for two years the term of a monitorship put in place in 2013 and pay a monetary penalty to DFS of $2.24 billion. In satisfying its criminal forfeiture penalty, BNPP will receive credit for payments it made in connection with its resolution of these related state and regulatory matters. The Treasury Department’s Office of Foreign Assets Control also levied a fine of $963 million, which will be satisfied by payments made to the Department of Justice.

Based on today’s sentencing proceedings and prior filings in the case, BNPP has admitted and acknowledged that from at least 2004 through 2012, it knowingly and willfully moved over $8.8 billion through the U.S. financial system on behalf of Sudanese, Iranian and Cuban sanctioned entities, in violation of U.S. economic sanctions. The majority of illegal payments were made on behalf of sanctioned entities in Sudan, which was subject to U.S. embargo based on the Sudanese government’s role in facilitating terrorism and committing human rights abuses. BNPP processed approximately $6.4 billion through the United States on behalf of Sudanese sanctioned entities from July 2006 through June 2007, including approximately $4 billion on behalf of a financial institution owned by the government of Sudan, even as internal emails showed BNPP employees expressing concern about the bank’s assisting the Sudanese government in light of its role in supporting international terrorism and committing human rights abuses during the same time period. Indeed, in March 2007, a senior compliance officer at BNPP wrote to other high-level BNPP compliance and legal employees reminding them that certain Sudanese banks with which BNPP dealt “play a pivotal part in the support of the Sudanese government which . . . has hosted Osama Bin Laden and refuses the United Nations intervention in Darfur.”

One way in which BNPP processed illegal transactions on behalf of Sudanese sanctioned entities was through a sophisticated system of “satellite banks” set up to disguise both BNPP’s and the sanctioned entities’ roles in the payments to and from financial institutions in the United States. As early as August 2005, a senior compliance officer at BNPP warned several legal, business and compliance personnel at BNPP’s subsidiary in Geneva that the satellite bank system was being used to evade U.S. sanctions: “As I understand it, we have a number of Arab Banks (nine identified) on our books that only carry out clearing transactions for Sudanese banks in dollars… This practice effectively means that we are circumventing the US embargo on transactions in USD by Sudan.”

Similarly, BNPP provided Cuban sanctioned entities with access to the U.S. financial system by hiding the Cuban sanctioned entities’ involvement in payment messages. From October 2004 through early 2010, BNPP knowingly and willfully processed approximately $1.74 billion on behalf of Cuban sanctioned entities. In the statement of facts, BNPP admitted that it continued to do U.S. dollar business with Cuba long after it was clear that such business was illegal in order to preserve BNPP’s business relationships with Cuban entities. BNPP further admitted that its conduct with regard to the Cuban embargo was both “cavalier” and “criminal.” In 2006, after certain Cuban payments were blocked when they reached the United States, the bank decided to strip the wire messages for those payments of references to Cuban entities and resubmit them as a lump sum in order to conceal from U.S. regulators the bank’s longstanding, and illicit, Cuban business.

BNPP also engaged in more than $650 million of transactions involving entities tied to Iran, and this conduct continued into 2012 – nearly two years after the bank had commenced an internal investigation into its sanctions compliance and had pledged to cooperate with the government. The illicit Iranian transactions were done on behalf of BNPP clients, including a petroleum company based in Dubai that was effectively a front for an Iranian petroleum company and an Iranian oil company.

U.S. District Judge Schofield recognized, in her acceptance of BNPP’s guilty plea, that BNPP’s actions “not only flouted U.S. foreign policy but also provided support to governments that threaten both our regional and national security and, in the case of Sudan, a government that has committed flagrant human rights abuses and has known links to terrorism.” The forfeiture of over $8 billion will “surely have a deterrent effect on others that may be tempted to engage in similar conduct, all of whom should be aware that no financial institution is immune from the rule of law.”

The Justice Department is exploring ways to use the forfeited funds to compensate individuals harmed by the sanctioned regimes of Sudan, Iran, and Cuba. In an effort to better understand who may have been harmed by these regimes, the Justice Department is inviting individuals or their representatives to provide information describing the nature and value of the harm they suffered. Beginning today (May 1, 2015), interested persons can learn more about this process and submit their information at www.usvbnpp.com, or call 888-272-5632 (within North America) or 317-324-0382 (internationally).

In addition to its federal criminal conviction, BNPP pleaded guilty in New York State Supreme Court to falsifying business records and conspiring to falsify business records. BNPP also agreed to a cease and desist order and to pay a civil monetary penalty of $508 million to the Board of Governors of the Federal Reserve System. The New York State Department of Financial Services announced that BNPP agreed to, among other things, terminate or separate from the bank 13 employees, including the Group Chief Operating Officer and other senior executives; suspend U.S. dollar clearing operations through its New York Branch and other affiliates for one year for business lines on which the misconduct centered; extend for two years a monitorship put in place in 2013; and pay a monetary penalty of $2.24 billion. In satisfying its criminal forfeiture penalty, BNPP will receive credit for payments it made in connection with its resolution of these related state and regulatory matters. The Treasury Department’s Office of Foreign Assets Control also levied a fine of $963 million, which will be satisfied by payments made to the Justice Department.

This case is being prosecuted by the Money Laundering and Asset Forfeiture Unit of the U.S. Attorney’s Office for the Southern District of New York and the Money Laundering and Bank Integrity Unit of the Criminal Division’s Asset Forfeiture and Money Laundering Section (AFMLS). Assistant U.S. Attorneys Andrew D. Goldstein, Martin S. Bell, Christine I. Magdo, and Micah W.J. Smith of the Southern District of New York and Deputy Chief Craig Timm and Trial Attorney Jennifer E. Ambuehl of AFMLS are in charge of the prosecution. 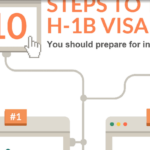