Joon H. Kim, the Acting United States Attorney for the Southern District of New York, announced that KWAME INSAIDOO, the former executive director of United Block Association (“UBA”), a New York-based non-profit organization, and his wife ROXANNA INSAIDOO, were found guilty in Manhattan federal court of embezzlement from a federally funded program, money laundering, and defrauding their mortgage lender.  KWAME INSAIDOO was also found guilty of defrauding the City of New York in connection with UBA’s contracts to operate senior centers in Upper Manhattan.  The jury convicted KWAME and ROXANNA INSAIDOO on all counts in the superseding indictment following a one-week trial before U.S. District Judge Valerie E. Caproni.

​            Acting U.S. Attorney Joon H. Kim said:  “As a unanimous jury found today, Kwame Insaidoo and his wife Roxanna Insaidoo stole hundreds of thousands of dollars from a government-funded non-profit organization that operated senior centers in Manhattan, and used that money to pay for luxury cars and personal expenses.  The defendants’ brazen theft deprived some of the City’s neediest residents of public money for healthy meals and senior citizen programs.  Despite efforts to hide their schemes, including the use of a fake charity, the outstanding investigative work of our partners at the New York City Department of Investigation exposed the defendants’ conduct, and the jury swiftly convicted them.”

​            According to the Indictment, other filings in Manhattan federal court, and the evidence admitted at trial:

​            UBA is a non-profit organization headquartered in New York, New York, that was controlled by KWAME INSAIDOO, its former Executive Director.   UBA received funding from New York City’s Department for the Aging to operate and provide healthy meals and programming at four senior centers in Upper Manhattan.  From in or about July 2008 through March 2015, the Department for the Aging paid UBA more than $8,700,000 in federal, state, and local funds to provide such services.

As found by the jury, ​KWAME INSAIDOO, with the assistance of his wife ROXANNA INSAIDOO, abused his authority as UBA’s executive director by embezzling over $580,000 from UBA.  KWAME INSAIDOO and ROXANNA INSAIDOO, who were both signatories on a UBA bank account that was not subject to audits by the City, wrote hundreds of checks from that UBA account to themselves, their son, and a fake charity they used to launder some of the money.  The defendants used the stolen funds to pay for personal expenses, including their home mortgage, the purchase of a Mercedes Benz and a Cadillac, and telephone bills and other personal utilities.  They also wired more than $300,000 abroad.

​            In addition, KWAME INSAIDOO repeatedly lied to the Department for the Aging in an effort to evade scrutiny for these unauthorized payments and to maintain UBA’s funding.

The maximum potential sentences in this case are prescribed by Congress and are provided here for informational purposes only, as any sentencing of the defendants will be determined by the judge.

Acting U.S. Attorney Kim praised the outstanding investigative work of the New York City Department of Investigation and the Criminal Investigators of the United States Attorney’s Office for the Southern District of New York.

The case is being prosecuted by the Office’s Public Corruption Unit.  Assistant U.S. Attorneys Eli J. Mark, David Zhou, and Tatiana Martins are in charge of the prosecution. 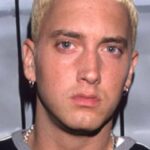 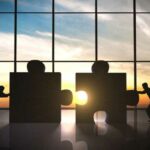