Anderson Lloyd – The Court of Appeal recently released a decision relating to the sale and purchase of a business. The result is that the purchaser has to pay a further $1 million for the business, based on the wording in the contract. The case serves as an important reminder that the words in the contract matter, and that the courts will be reluctant to change or add to them.

What is the case about?

The parties decided to resolve their disagreement on price by including an “earn-out” clause in the agreement.

The effect of this clause is that Rangatira would be required to pay The Malthouse an additional $777,788.18 and Tuatara an additional $222,230.94 if either:

The EBITDA clause was not satisfied and, although The Malthouse considered that this was purely down to a change in accounting policy post-sale, this was not contested.

Tuatara was subsequently sold to DB Breweries on 31 January 2017. This sale was an exit event that valued Tuatara at a price greater than $12,000,000.

The question for the Court of Appeal to determine was whether the “plain meaning” of the exit event clause (which would result in Rangatira paying The Malthouse the contingent payment) should prevail, or whether the clause should be amended so wording that made the clause subject to the same sunset date as the EBITDA clause is “read in” by the Court. By reading in these words it would follow that Rangatira would not need to make a contingent payment to The Malthouse.

The Court of Appeal refused to read in the additional wording sought by Rangatira and, instead, preferred the plain meaning interpretation of the exit event clause.

The Court noted that it was permitted to take an objective approach to contractual interpretation and that there is no limit to the background material it was allowed to consider, provided that the material is reasonably relevant and is also objective evidence of a party’s individual subjective intention.

However, the natural and ordinary meaning of the language of the contract will always be a powerful (but not conclusive) indicator of what the parties meant. If a party wishes for the Court to read in an implied term to a contract then there will need to be practical and clear evidence to justify the need for this.

This decision confirmed that when the words of a contract have an effective natural and ordinary meaning and the contract is between commercial parties, a Court is very unlikely to read in an implied term to alter this meaning. Ultimately the Court decided that the wording of the exit event clause operated independently and clearly on its own terms. There was therefore no need for the words to be re-written by the Court.

This was despite arguments from Rangatira that this was not the intention of the parties. Rangatira argued that a failure to read in the requested implied term would not align with the commercial objective of the agreement. Rangitara argued that this failure would leave it with an open-ended liability, as well as turning the contingent payment into a guaranteed payment. These arguments were ultimately rejected by the Court.

The case demonstrates the importance of careful and clear drafting in commercial contracts. Parties should always ensure that clauses (particularly those relating to earn-outs, which are often the subject of later disputes) are drafted clearly so that their meaning is well understood and unambiguous. This clarity will help reduce the risk of costly litigation later. 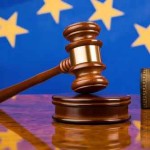 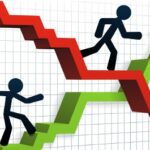