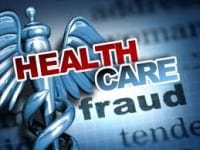 WASHINGTON – A Los Angeles, California-based dentist pleaded guilty on Thursday to a March 2018 indictment charging him with health care fraud arising from his false and fraudulent billings for crowns and fillings, which were never provided to patients.

Benjamin Rosenberg, D.D.S., 58, of Los Angeles, pleaded guilty to one count of health care fraud before U.S. District Judge John A. Kronstadt of the Central District of California.  Sentencing will take place on May 23 before Judge Kronstadt.

As part of his guilty plea, Rosenberg admitted that he submitted and caused to be submitted approximately $3,853,931 in false and fraudulent claims to various insurance companies for dental care that Rosenberg knew had not been rendered.  Rosenberg further admitted that he submitted these false and fraudulent claims to Metlife, Anthem, Cigna, Delta Dental, Guardian, LMCO-DHA, United Health, and United Concordia (the “carriers”), which caused the carriers to pay Rosenberg approximately $1,415,011.

This case was investigated by the FBI.  Trial Attorney Emily Z. Culbertson of the Criminal Division’s Fraud Section is prosecuting the case.

The Fraud Section leads the Medicare Fraud Strike Force, which is part of a joint initiative between the Department of Justice and the U.S. Department of Health and Human Services (HHS) to focus their efforts to prevent and deter fraud and enforce current anti-fraud laws around the country.  Since its inception in 2007, the Medicare Fraud Strike Force, which maintains 14 strike forces operating in 23 districts, has charged nearly 4,000 defendants who have collectively billed the Medicare program for more than $14 billion.  In addition, the HHS Centers for Medicare & Medicaid Services, working in conjunction with the HHS-OIG, are taking steps to increase accountability and decrease the presence of fraudulent providers. 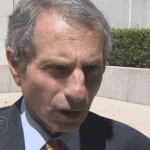