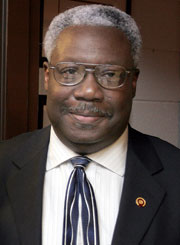 Carl Stewart was appointed by President Clinton to sit on the Fifth Circuit – its first African American to do so.  It is also a court – as the ABA Journal report – that is regarded as “one of the most controversial, rancorous, dysfunctional, staunchly conservative and important appellate courts in the country.”

But the Judge is above all that.  A much-honored lawyer, professor, prosecutor and now judge, he has once again distinguished himself.

The court itself even carries internal bickering, it appears.  But Carl Stewart is above that, too.

“I will say this: Words can be very hurtful and my mom taught me to not fire off the first thoughts that come to my mind and to avoid name calling,” he says. “We can disagree without getting personal and hurtful. There’s no reason to be mean-spirited.”

The ABA  Journal reports, growing up, he was forced to attend segregated schools, required to use “colored only” restrooms and water fountains, and made to sit at the back of the bus. At age 3, Stewart watched as white church leaders blocked his parents’ efforts to buy their first home because they didn’t want black people as neighbors. Retail stores refused to let him try on clothes. Customers at his first job in college routinely used the N-word in front of him.

He quietly admits that he continues to experience racial profiling, even today.

But in the eyes of many, those experiences make Stewart the perfect person to preside over the 5th U.S. Circuit Court of Appeals.

It is also a court with three current vacancies—President Barack Obama has announced one nomination to fill one of those slots—and there’s a strong possibility the president will have three more openings before he leaves office, leading many to predict a radical ideological change is in store.

Stewart, 64, is the first African-American chief judge of the 5th Circuit. He serves on the powerful federal Judicial Conference, is vice president of the prestigious American Inns of Court and, until recently, chaired the Federal Rules Committee. There is scant dispute that this quiet, amiable lawyer from northern Louisiana is one of the most influential federal judges in the nation.

As for the bitterness and racism that has surrounded him over the decades?

“Sticks and stones,” he quickly interjects, even before the question is fully asked.

“I don’t see why so many people even today are so bitter or always picking fights over politics or race or whatever and I refuse to play their game,” says Stewart. “People who constantly cause conflict and stress, those are unhappy people.” 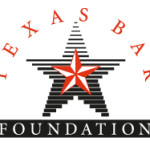 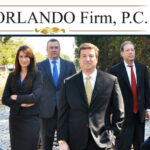