White-shoe Big Law firm Cravath Swaine are to pay associate lawyers the same amount as last year.  What can this mean?  A note of caution?  A degree of saving for tougher times?

The Wall Street Journal reports that the youngest attorneys on the pay-scale  will receive $10,000 and those with the most experience will get $60,000.

Cravath’s decisions on bonuses matter, because they typically set a benchmark for how other major law firms reward their junior lawyers. The end-of-year bonuses are one litmus test indicating how well—or poorly—the year has gone at big law firms.

Last year, Cravath boosted associate bonuses significantly, reflecting some renewal of confidence in the economy after the tough years following the financial downturn.

Cravath is among the most profitable U.S. law firms. Last year the firm’s average profits per partner were $3.43 million, up more than 10% compared with 2011, according to rankings compiled by The American Lawyer magazine.

The caution indicated by this year’s bonuses at Cravath reflects larger industry trends outlined a few months back by Citi Private Bank, a major law firm lender. For the first half of 2013, revenue growth among 172 law firms that Citi sampled was, on average, only moderate.

While things may pick up some if the economy kicks into higher gear, the market for legal services has undergone a fundamental shift, Gretta Rusanow, senior client adviser at Citi Private Bank’s law firm group, told the Journal earlier this year.

“We think managing partners for the most part understand that we’re working in a very different environment,” Ms. Rusanow said.

But it is no return to the gold rush days of 2007. The recession upended the legal profession, crimping the flow of high-dollar deals and spurring layoffs and cost-cutting measures at many big law firms. 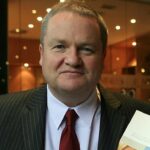 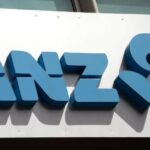