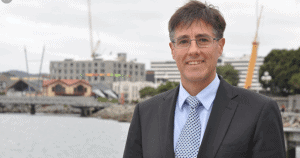 Powered By LawFuel –Andrew Bascand, Chair of the CBL Class Action has today confirmed registrations to join the action against the directors and CBL Corporation have been received from investors owning approximately 60 million shares – representing nearly 50% of all eligible shares in CBL at the date of its ceasing to trade in February 2018.

“In addition to the significant named representative shareholders – institutional investor Harbour and Australian based Argo Investments Limited, who collectively represent over 27 million shares, a large number of other eligible shareholders have joined our action to try and get some of their losses back.

“We now have nearly 50% of the total of number of shares in CBL signed up to our CBL Class Action,” said Mr Bascand.

“This has been calculated on the basis of the eligible shareholdings held in CBL when it collapsed in 2018, a number we estimate to be around 125m shares.”

Mr Bascand adds, “Shareholders who have signed up come from around the globe and are both institutional investors and out of pocket mum and dad shareholders who want the opportunity to recover the money they lost as a result of the company’s collapse.”

“Shareholders who acquired CBL shares in the IPO or subsequently and either sold them at a loss or held them at the time of CBL’s collapse in February 2018 are eligible to join the claim,” said Mr Bascand.
The CBL Class Action is against the directors of CBL and the company itself and seeks compensation for the significant losses suffered by shareholders as a result of the company’s collapse in 2018. The claim is funded by LPF Group.

“We filed a Statement of Claim in the Wellington High Court on 31 October, that clearly outlined the claims against both the directors and the company.

“We believe legal action is the only way for investors in CBL to get some money back,” said Mr Bascand.