CareMed Admits and Acknowledges that Company Representatives Made False Statements to Insurance Companies When Seeking Prior Authorization of Coverage for Costly Drugs, and Agrees to Pay $9.5 Million to U.S.

Preet Bharara, the United States Attorney for the Southern District of New York, and Thomas O’Donnell, Special Agent in Charge of the U.S. Department of Health and Human Services, Office of Inspector General (“HHS-OIG”), New York Region, announced today that the United States filed a civil fraud lawsuit in Manhattan federal court against SORKIN’S RX LTD. D/B/A CAREMED PHARMACEUTICAL SERVICES (“CareMed”), a New York-based pharmacy that sells high-cost specialty drugs used to treat conditions that require complex treatment, such as cancer. The United States’ Complaint-in-Intervention alleges that CareMed made false statements to insurance companies to secure prior authorization for the coverage of drugs by, among other things, fabricating Medicare beneficiaries’ medical information and posing as representatives of prescribing physicians’ offices when calling insurers. The Complaint also alleges that CareMed engaged in double-billing by re-stocking unused dosages of Procrit and Rituxan, and then re-selling the drugs and re-billing insurance companies that provide prescription drug coverage to Medicare beneficiaries or Medicaid. In addition, the Complaint alleges that CareMed submitted false claims for payment for automatic refills of Procrit and Rituxan that were not actually received by patients and their doctors. The lawsuit seeks damages and penalties under the False Claims Act.

Simultaneous with the filing of the lawsuit, the United States has settled the claims against CareMed pursuant to a settlement stipulation approved today by U.S. District Judge Denise L. Cote. In the settlement, CareMed admitted that when contacting insurance companies to obtain prior authorization for drug coverage, some representatives of the company had falsely stated that they were calling from the prescribing physicians’ offices and, in some instances, responded to questions seeking the patient’s clinical information based on their understanding of the prior authorization criteria for the particular drug, instead of obtaining the patient’s actual clinical information. CareMed also admitted that it had failed to adequately oversee and train staff responsible for the prior authorization process. Furthermore, CareMed admitted that it had inadequate procedures and auditing processes to ensure that some claims submitted to third-party payors for Rituxan and Procrit were reversed or credited when necessary. CareMed agreed to pay a total of $10 million to resolve the Government’s claims, with $9,534,577 going to the United States and the remaining $465,423 to the State of New York.

Manhattan U.S. Attorney Preet Bharara said: “As alleged, to maximize profits CareMed obtained approvals for the coverage of costly drugs by providing insurers with fake clinical information and posing as physician office staff. CareMed allegedly also re-stocked and re-billed unused medications and stuck the Government – and taxpayers – with the bill for prescription refills that never went to patients or their doctors. By entering into this $10 million settlement, CareMed is being held accountable and paying for its fraud.”

HHS-OIG New York Region Special Agent in Charge Thomas O’Donnell said: “This settlement is another example of the U.S. Department of Health and Human Services, Office of Inspector General’s commitment to holding providers accountable for how they conduct business. HHS-OIG will continue to ensure that the individuals and entities that bill our federal health care programs do so with the utmost integrity.”

As set forth in the complaint filed in Manhattan federal court:

Insurance companies that provide prescription drug coverage to Medicare beneficiaries (“Medicare Part D sponsors”) require health care providers to obtain “prior authorization” for certain drugs, which means that the plan will cover the cost of the drug only if certain criteria are met. The prior authorization process can be time-consuming for physicians and their staff because it may require paperwork and multiple communications with insurance companies. In order to secure business from physicians, CareMed offered to take care of the prior authorization process for them and obtain coverage approvals expeditiously.

CareMed took steps to conceal its fraudulent conduct in connection with the prior authorization process. For example, the company installed a caller ID blocking system that prevented its name and location from appearing when outgoing calls were made to insurance companies.

CareMed also engaged in double-billing of Procrit (used to treat anemia caused by chronic kidney disease or chemotherapy) and Rituxan (used to treat non-Hodgkin’s lymphoma). When CareMed learned that a patient had not used medication that was prescribed, it made arrangements to retrieve the medication. CareMed employees sometimes then re-stocked and re-sold the returned medication without reversing the Medicare or Medicaid claim or providing an appropriate credit, and submitted another reimbursement claim for the same medication. As part of its investigation, the Government oversaw an audit that revealed that CareMed received payments from Medicare and Medicaid for amounts of certain dosages of Procrit and Rituxan that far exceeded the amounts the company purchased during the relevant time period.

Furthermore, CareMed sought payment from Medicare Part D sponsors and Medicaid for automatic refills of Procrit and Rituxan that were not actually delivered to and received by patients and their doctors. The pharmacy would generate automatic refills and then submit claims for these refills to Medicare Part D sponsors and Medicaid. However, when patients did not need the refill, CareMed sometimes failed to reverse the previously submitted claim for payment or credit Medicare or Medicaid for amounts already paid. CareMed would then sell the previously billed refill dosage to another customer and seek reimbursement for this sale as well.

In connection with this complaint and settlement, the Government joined a private whistleblower lawsuit that had previously been filed under seal pursuant to the False Claims Act. 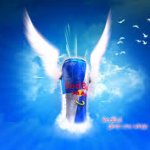 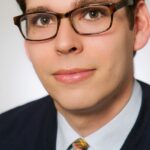