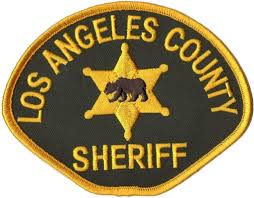 TwitterFacebookLinkedInPinterestRedditEmail
LOS ANGELES – Two Los Angeles Sheriff’s deputies who were assigned to the Men’s Central Jail have been indicted on federal civil rights charges that accuse them of illegally using force against an inmate, and then attempting to cover up the incident with false reports that formed the basis of a false prosecution initiated against the victim.
A federal grand jury late yesterday returned a four-count indictment against two deputies who were assigned to the 3000 floor of the jail.
The indictment charges Joey Aguiar, 26, and Mariano Ramirez, 38. Both men will be issued summonses directing them appear in federal court for arraignments on March 6.
According to the indictment, Aguiar and Ramirez illegally used force against the victim – who is identified in the indictment as “BP” – during an incident in the jail on February 11, 2009. While the victim was handcuffed and secured with a “waist chain,” the deputies allegedly punched and kicked the victim before using pepper spray on him. The defendants also are accused of striking him with flashlight.
Soon after the attack, the deputies allegedly wrote false reports designed to cover up the illegal use of force. Those bogus reports formed the basis of a referral to the Los Angeles County District Attorney’s Office for potential criminal prosecution of the victim.
The indictment charges both defendants with conspiring to violate civil rights and with deprivation of rights under color of law that caused bodily injury. Each of these charges carry a statutory maximum penalty of 10 years in federal prison.
The indictment also charges Aguiar with one count of falsification of records for submitted a report that allegedly “falsely stated, among other things, that victim-inmate BP had attempted to head butt deputy Aguiar’s face and that victim-inmate BP violently kicked at deputy Aguiar” when the victim had done neither. Ramirez is also charged with falsification of records for submitting a report that falsely stated the victim had “viciously kicked his legs at deputies.” The charge of falsification of records carries a statutory maximum penalty of 20 years in prison.
Previously in this investigation, 18 current and former Los Angeles County Sheriff’s Deputies were indicted on various corruption and civil rights offenses (see:  http://www.justice.gov/usao/cac/Pressroom/2013/143.html). All of those previously charged have pleaded not guilty and are scheduled for trial later this year.
The investigation into the Los Angeles County Sheriff’s Department, which is ongoing, is being conducted by the Federal Bureau of Investigation.
CONTACT:        Assistant United States Attorney Margaret Carter
Public Corruption and Civil Rights Section
(213) 894-7413 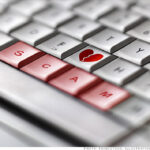 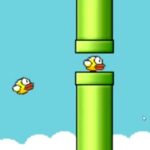