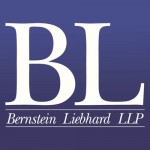 NEW YORK, May 23, 2013 LawFuel.com – Class Actions Law News — Bernstein Liebhard LLP today announced that a class action has been commenced in the United States District Court for the Northern District of California on behalf of a class (the “Class”) of purchasers of Amyris, Inc. (“Amyris” or the “Company”) (NASDAQ: AMRS) securities between April 29, 2011 and February 8, 2012, inclusive (the “Class Period”).

Defendants are alleged to have violated the federal securities laws, specifically Sections 10(b) and 20(a) of the Securities Exchange Act of 1934. Defendants in the case are Amyris and CEO John G. Melo.

Biofene is one of Amyris’ most important products. Biofene is a renewable chemical used in products such as cosmetics, fragrances, flavors, lubricants, and transportation fuels. According to the complaint, throughout the Class Period, Amyris’ priority was the commercialization and production of Biofene and its derivatives for sale in a range of specialty chemical applications. The complaint alleges that defendants falsely represented that Amyris had the ability to produce Biofene in commercially meaningful volumes.

On November 1, 2011, Amyris disclosed that it would not be able to produce Biofene in the quantities previously represented but had identified and learned to address issues that would allow it to raise the production volumes. In reaction to the news, Amyris’ share price fell over 20% from $19.36 per share to $15.47 per share.

On February 9, 2012, Amyris executives reported a further slowdown in Biofene production and announced the need to raise funds. Amyris shares fell an additional 28%, from $9.73 per share to $6.99 per share.

Plaintiffs seek to recover damages on behalf of all Class members who invested in Amyris securities during the Class Period. If you invested in Amyris securities as described above during the Class Period, and either lost money on the transaction or still hold the stock, you may wish to join in this action to serve as lead plaintiff. In order to do so, you must meet certain requirements set forth in the applicable law and file appropriate papers no later than July 15, 2013.

If you are interested in discussing your rights as an Amyris shareholder and/or have information relating to the matter, please contact Joseph R. Seidman, Jr. at (877) 779-1414 or seidman@bernlieb.com.

Bernstein Liebhard LLP has pursued hundreds of securities, consumer and shareholder rights cases and recovered over $3 billion for its clients. It has been named to The National Law Journal’s “Plaintiffs’ Hot List” in each of the last ten years.