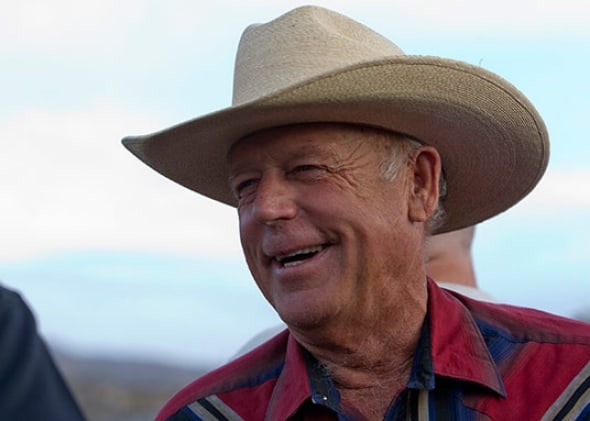 Should the government that Cliven Bundy so loathes provide him with a free lawyer?

Well, Judge Janice M Stewart isn’t falling for that one – not straight away at least.  The Judge has required the anti-government activist to supply an affidavit outlining exactly what his financial circumstances are.

Bundy, 69, has already withheld over $1 million in fines and taxes – not to mention grazing fees – that were supposed to be paid and so he may have some pocket change for a lawyer.

He has been charged with conspiracy to commit an offense against the United States, assault on a federal law enforcement officer, carrying a firearm in relation to a crime of violence, obstructions of justice and interference with commerce by extortion.

Social media commentators and others are wondering why the anti-government Bundy should put his hand out again – maybe it should just stay up, as in “You’re Busted!”