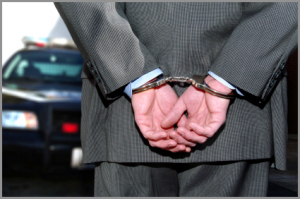 What’s a blue-blooded law firm doing mixing with white collar criminal lawyers?  How is Wall Street, the arena for M&A work, cross-border currency trades and multi-tiered financing deals, doing having lawyers who handle crime in their midst?  The reason, quite simply, is the rise in white collar criminal work.  And it’s not to be sneezed at by law firms, which is why Ballard Spahr and other firms are embracing the new profit center of criminal law.

The New York Times reports that out of the void of criminal defense work has arisen a corps of small firms helping defend corporate executives and financiers who have fallen foul of the law.

The lawyers at these firms relished representing the accused, and did not mind scuffing up their white shoes while butting heads with prosecutors. 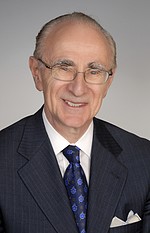 “They’re a perfect fit,” Mark S. Stewart, chairman of Ballard Spahr, said of the 14-lawyer firm. “It’s easy to go out and get bodies, but rare to get the judgment our clients will be getting with Stillman & Friedman.”

The combination speaks to a shift that has taken place over decades, of corporate firms making a core business line out of white-collar work, including conducting internal investigations, handling foreign-bribery cases and representing executives in a number of scandals. As firms struggle to increase revenue, they realize that representing business people behaving badly is good for the bottom line.

It also represents a generational shift. Mr. Stillman rose to prominence in the 1970s and 1980s alongside a number of other criminal defense lawyers, including Stanley S. Arkin and Robert G. Morvillo, who died last year at 73. These lawyers — most of them former prosecutors at the United States attorney’s office in Manhattan — dominated the market for white-collar cases. Today, flotillas of large-firm lawyers do criminal defense work.

“For guys like Charlie and me, the game has changed,” said Mr. Arkin, 75. “What was once a niche practice is now a big business for virtually every national firm.”

As evidence of the transformation, Gerald L. Shargel, a renowned criminal defense lawyer who has represented Mafia figures and corrupt politicians, shut down his four-lawyer practice in June and joined Winston & Strawn, a 900-lawyer firm.

Large firms have benefited from taking on a variety of white-collar defense assignments, and the work is worldwide. With Fortune 500 companies growing inexorably across the globe, they need help navigating a thicket of international laws and regulatory regimes.

There is also a steady stream of financial scandals like the insider trading investigations or the controversy surrounding Libor, the global benchmark interest rate. These representations can generate big revenue.

Take, for instance, the defense of Rajat K. Gupta, the former Goldman Sachs board member convicted of leaking the bank’s boardroom secrets to a hedge fund manager. Mr. Gupta’s defense, led by Gary P. Naftalis of Kramer Levin Naftalis & Frankel, has cost more than $35 million, according to court filings.

Today, even the leadership at several top firms comes from the white-collar criminal defense bar. Dechert L.L.P. is led by Andrew J. Levander, who represents, among others, Jon S. Corzine, the former chief executive of the collapsed brokerage firm MF Global, which regulators sued last week.

The new chairman of Milbank, Tweed, Hadley & McCloy, Scott A. Edelman, has a specialty in defense work. And the global head of litigation at Skadden, Arps, Slate, Meagher & Flom is David M. Zornow, who was the firm’s first white-collar criminal defense lawyer when he joined in 1989. All are former federal prosecutors.

It is clear that more firms will be enterting the white collar crime arena where there’s good money and no apparent shortage of work.