Previous Next
TwitterFacebookLinkedInPinterestRedditEmail
LOS ANGELES – LawFuel.com – The Law Newswire Network – A Denver man who billed himself as “The Credit Line Millionaire” has pleaded not guilty to federal fraud charges that accuse him of conspiring to obtain lines of credit worth hundreds of thousands of dollars through a host of misrepresentations and falsified documents.
Christopher Robert Wise, 34, was arraigned late yesterday in United States District Court after being arrested by Secret Service agents Wednesday night. Wise, who was taken into custody at Los Angeles International Airport after arriving on a flight from Puerto Vallarta, Mexico, was arrested pursuant to a four-count indictment that alleges he conspired to fraudulently obtain lines of credit from Wells Fargo Bank, Union Bank and City National Bank. One of these loan applications was approved, which gave Wise a line of credit worth $175,000.
At Wise’s arraignment yesterday, a trial date was scheduled for October 1. A United States magistrate judge set Wise’s bond at $150,000, but he remains in custody at this time.
The indictment alleges that Wise maintained a significant online presence, which includes his websites www.creditlinemillionaire.com and http://chriswise.com/. Wise billed himself as a credit guru who could help clients obtain loans for their small- and medium-size businesses. Wise referred his clients to several co-conspirators who controlled Inland Empire companies and who promised to help acquire financing.
Wise also attempted to obtain business lines of credit for himself through loan applications submitted to the victim banks on behalf of one of his companies. Wise used a co-conspirator as a “credit partner” to pose as a “personal guarantor” for the loans – in essence, using a “straw borrower” to apply for loans in exchange for giving the credit partner a percentage of the loan proceeds.
According to the indictment, Wise spoke at a seminar where he told those in attendance that he was in the process of obtaining a $1 million line of credit – even though he had bad credit and his business did not qualify for a loan – by leveraging other people’s credit.
That indictment, which was unsealed after Wise’s arrest, charges him with one count of bank fraud conspiracy and three counts of making false statements to a financial institution. The four charges in the indictment naming Wise each carry a statutory maximum sentence of 30 years in federal prison.
An indictment contains allegations that a defendant has committed a crime. Every defendant is presumed to be innocent until and unless proven guilty in court.
Previously in this investigation, five co-conspirators have pleaded guilty and are pending sentencing.
This case is the result of an investigation by the United States Secret Service.
CONTACT:        Assistant United States Attorney Edward Alon
Major Frauds Section
(213) 894-3825 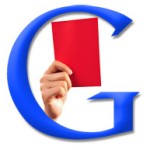