Already the target of state and federal regulators, cryptocurrency is now being phased out of online advertising and social media. With three tech giants banning ads, the industry is facing increased hurdles to sustain itself.

“We don’t have a crystal ball to know where the future is going to go with cryptocurrencies, but we’ve seen enough consumer harm or potential for consumer harm that it’s an area that we want to approach with extreme caution,” Scott Spencer, Google’s director of sustainable ads, told CNBC.

The move isn’t a total surprise, given recent pushback by regulators with regard to cryptocurrency advertising as well as similar action from Facebook. The social networking site banned advertisements for crypto-related and other speculative financial products as of January 2018, expressing concern about “financial products and services frequently associated with misleading or deceptive promotional practices.”

Not long after Google’s announcement, Twitter announced a similar ban on its network. “We are committed to ensuring the safety of the Twitter community,” a spokesperson said. “As such, we have added a new policy for Twitter Ads relating to cryptocurrency. Under this new policy, the advertisements of Initial Coin Offerings and token sales will be prohibited globally.” The new policy—set to take effect within 30 days of the announcement—also bans ads by cryptocurrency exchanges and wallet services.

The social networks indicated that their bans aren’t permanent and could change in the future, but the advertising prohibition on Facebook, Google and Twitter deals a real blow to cryptocurrency and the industry’s credibility. 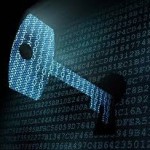