You are here: Home / Latest News / David Boies Gamble on a Top Lawyer and his $1 Billion Terror Finance Lawsuit 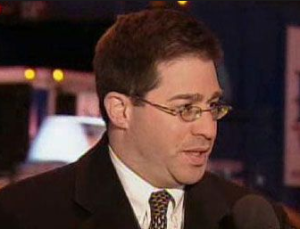 Choosing a top lawyer with ‘out of firm’ experience can be regarded by some law firms as equivalent to an ‘out of body’ experience.  Take Bill Clinton’s former National Security Council lawyer Lee Wolosky, who wanted to start back in law but most firms spoken to saw the gap in his law firm life and considered that he should start at the bottom, or near to it.
[wp_ad_camp_1]
However, top litigator David Boies didn’t see that the same way.  And he hired Wolosky, as Bloomberg BusinessWeek report.

A dozen years after he hired Wolosky, Boies is poised to make good on his gamble. Wolosky, now a partner at Boies, Schiller & Flexner LLP , is suing Chiquita Brands International Inc.  in a $1 billion terror finance class action for Colombian plaintiffs. He’s also suing Bank of China Ltd. for allegedly funneling money from Iran to a Palestinian terrorist group that staged an attack claiming the life of an American teenager in Israel.

The Bank of China case typifies the international-tinged caseload that Wolosky, 45, has carved out at Boies Schiller. If it goes to trial, the $100 million lawsuit could be groundbreaking: While the U.S. government has pressured banks and other governments to clamp down on money flowing to terrorist groups, Wolosky’s lawsuit could be the first by U.S. citizens against an alleged conduit to go to trial in federal court, says Gary Osen, whose six-person firm focuses on terrorism-financing lawsuits.

“These cases impact the thought process and behavior of global institutions that do business in the U.S.,” says Osen, who has reached confidential settlements in similar cases and has two more awaiting trial.

Wolosky represents one of several winning plays that Boies, a self-professed craps player who defended Al Gore in the 2000 presidential recount, has made since breaking from Cravath, Swaine & Moore LLP  in 1997 to form his own firm.

While most high-end corporate firms pay their bills defending deep-pocketed institutional clients, Boies Schiller takes on plaintiffs’ cases for which it gets paid little or nothing unless it wins.

One example: The $4.05 billion settlement the firm secured in 2007 and 2008 for an American Express Co.  unit in its antitrust suit against Visa Inc. , MasterCard Inc.  and several banks.

Wolosky brings counter-terrorism experience and government contacts the firm is leveraging to build business and establish a foothold abroad. Boies Schiller is opening its first foreign office in London next month — Wolosky’s connections came in handy during a summer client-scouting trip there, Boies says — and is considering another in Asia.