The European Court of Human Rights (the “ECtHR”) has ruled in the Vinci case that the circumstances surrounding the electronic removal of documents and computer files during a dawn raid violated two companies’ privacy rights enshrined in the European Convention on Human Rights (“ECHR”).

The case is part of a growing trend where the ECtHR and EU courts have been asked to scrutinize the powers of competition authorities throughout Europe to conduct dawn raids in light of fundamental rights. The judgment underscores the need for effective judicial review of competition inspections, to protect companies against overly broad “fishing expeditions“.

The case concerned a dawn raid conducted in 2007 by the French Department of Competition, Consumer Protection and Fraud (“DGCCRF”) at the offices of Vinci Construction France and GTM Genie Civil et Services over suspected competition law infringements. The two companies initially complained to the French judge authorizing the inspections that the seizures of documents and computer files had been widespread and indiscriminate. They said many of these documents did not relate to the investigation or were protected by attorney-client privilege, and that a sufficiently detailed inventory of the documents seized had not been drafted by the DGCCRF.

These claims were dismissed by the judge and again on further appeal before the French courts. The case was then brought to the ECtHR where the companies argued Articles 6(1) (right to a fair trial) and 8 (right to respect for private and family life, for the home and correspondence) of the ECHR had been violated. In its judgment of 2 April 2015, the ECtHR held that the companies’ right to a fair trial (Article 6) had been breached as they had been unable to benefit from a concrete and effective judicial review of the lawfulness and merits of the decision.

The ECtHR analysed the mass seizure of computer files, including the entirety of some employees’ email accounts, and many documents which were unconnected to the inspection or which were legally privileged under Article 8 of the ECHR. It was not disputed that the practice was ‘in accordance with the law’, since it was provided for under French laws.

The issue was whether nonetheless such an interference with the companies’ privacy rights was proportionate. The Court rejected the argument that the seizure had been widespread and indiscriminate, since the inspectors had made efforts to limit their searches to the object of their investigation, and had handed over to the companies a copy of the data removed and a sufficiently detailed inventory. However, the Court did find that there were insufficient judicial safeguards in place, especially in view of the fact that some of the documents seized related to correspondence which was covered by attorney-client privilege.

In the Court’s view, the judge should have conducted an effective and detailed judicial review, including ordering the restitution of the documents where appropriate. Interestingly, the ECtHR expressly considered the practice and jurisprudence of the EU in the area of inspections and electronic seizures. It referred in particular to the Power Cables case, in which the EU General Court in November 2012 partly annulled a previous Commission decision to raid two high-voltage cable companies, Prysmian and Nexans. In its judgments, the EU General Court reduced the product scope of cables for which documents could be seized and declared that the Commission did not have “reasonable grounds” to seize documents related to other types of cables.

This perhaps demonstrates some willingness to align the jurisprudence of the two legal systems in this area, in view of the prospective accession of the EU to the ECHR, as well as the growing emergence of due process protections. It is also notable that two judges issued a concurring opinion which discussed US principles of privacy and search and seizure protections relevant to this area, such as the plain view doctrine and principle of inadvertent discovery.

The opinion concludes that the subject of dawn raid and electronic searches is vast and complex, and that the current ECtHR case law still does not address it satisfactorily. Clearly both the Strasbourg and Luxembourg courts will be called upon to revisit the interface between competition inspections and seizures and fundamental rights. The legality of the mass removal of electronic data will be considered again in the Power Cables litigation which is currently before the EU General Court.
[table id=9 /] 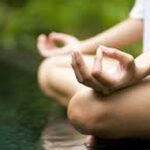