John Bowie – The defamation cases that won’t go away are . . well, not going away.

The most recent iteration of the Colin Craig catalogue of defamation cases has been continued with latest Court of Appeal ruling from Justices Kos, Gilbert and Wild, that has seen as partial victory for Craig in his battle with former WhaleOil blogger Cameron Slater.

Although Justice Kit Toogood had found Slater had defamed Craig but denied damages finding that the former Conservative Party leader and now well known poet has largely brought matters upon himself. The Slater blog posts relating to comments made about the relationship between Craig and his former press secretary Rachel MacGregor, no damages were awarded. The judge found that Craig was guilty of moderately serious sexual harassment MacGregor.

He also found against Craig to be “self-obsessed, lacking self-awareness and insight and, to a degree, hypocritical.”

A separate defamation case involving Craig and former Conservative Party board member John Stringer last year saw Justice Matthew Palmer announce that “enough is enough” with the claims, when he ruled it would be an abuse of process to permit the supposed object of his affections and subject of some of his poetry, Ms MacGregor, to be cross examined for a fourth time.

Slater counter-claimed against Craig for statements he made in a leaflet sent out to 1.6 million households around the country in 2015.

Justice Toogood found that Slater did defame Craig, by making untrue statements about him, but he also found not all of Craig’s defamation claims to have succeeded and he dismissed the Slater counterclaim.

Craig appealed the decision in March, with today’s announcement finding the High Court was wrong in certain areas, including in the failure to award damages to Craig.

Despite the reasonably substantial success of Craig’s appeal, Justice Kos found that “the very comprehensive judgment of Justice Toogood is substantially sustained”.

He can now go back to the High Court to have that issue re-examined for damages to be redetermined.

Julian Miles QC (left) appeared in the case for Craig, together with Tom Cleary, while Willie Akel appeared with Elizabeth Keall as counsel assisting the court.

The Court of Appeal press release is below –

Appeal allowed in part. Appellant entitled to costs in this Court. Damages and costs therein remitted for redetermination in the High Court.

Mr Craig was the leader of the Conservative Party from 2011 to 2015. Ms MacGregor was the press secretary for Mr Craig and the Party. Ms MacGregor resigned prior to the 2014 general election, alleging that Mr Craig had sexually harassed her. A mediated confidential settlement was reached between Mr Craig and Ms MacGregor. Information about Mr Craig’s conduct towards Ms MacGregor and the Party Board was passed to Mr Slater by Mr Stringer and Mr Williams. Following Mr Craig’s resignation as Party leader, Mr Slater made a series of  allegations about Mr Craig on his Whaleoil blog, NewsTalk ZB and the One News Now website. In response, Mr Craig held a press conference and published a pamphlet entitled “Dirty Politics and Hidden Agendas”.

In a decision of the High Court, Mr Slater was held liable for two defamatory statements:  that   Mr Craig had placed Ms MacGregor under financial pressure to sleep with him, and that he had sexually harassed at least one other victim. Mr Slater’s other publications were either not defamatory or protected by defences of truth, honest opinion or responsible public interest communication. The Judge declined to award Mr Craig damages: his reputational loss was  caused almost entirely by his own actions and a declaration would be adequate vindication. Mr Slater’s counterclaim was dismissed on the basis that Mr Craig’s pamphlet was a justifiable response protected by qualified privilege.

In a separate decision of the High Court, costs were awarded to Mr Slater for the primary claim on a reduced basis because Mr Craig’s claim largely failed. Costs lay where they fell on the counterclaim because both parties had succeeded or failed in more or less equal measure.

Defamation – Cause of action. Did the High Court err in finding five publications did not bear the meanings alleged by Mr Craig.

Held: Yes, in part.  Whether a statement is capable of bearing a particular meaning is a question  of law and it is open for this Court in this general appeal to reach its own conclusion on whether the statements can bear the pleaded meaning.

The Judge correctly held an ordinary reader would not take the narrowly pleaded meaning that  Mr Craig had tricked, misled and deceived the Board in relation to loans and GST rebates from publication 4.

The Judge erred in finding an ordinary reader would not take the meaning that Mr Craig is a danger to women from publication 10. That meaning is the natural extension of the meanings the Judge accepted and implied by the description of Mr Craig as a “ticking timebomb”.

The Judge erred in finding an ordinary reader would not take the meaning that there were reasonable grounds to suspect Mr Craig of being dishonest in filing his electoral returns and lying about the amounts spent on his electoral campaign and that his spending exceeded the legal limits from publication 14. Tiers of meaning analysis is a convenient method to identify the sting imputed, but in context the publication shifted the imputation from one tier to the tier of meaning alleged.

The Judge correctly held that a reasonable reader would not draw the meaning from publication 17 that Mr Slater repeated all his previous defamatory statements. It was too disconnected in content and somewhat disconnected in time.

Defamation – Cause of action. Did the High Court err in finding certain meanings not defamatory.

The Judge erred in finding the pleaded meaning that Mr Craig abused his power and manipulated the resources of the Party to pursue a relentless and driven witch-hunt against Mr Baldock without any reasonable cause in publication 16 was not defamatory. The expression “witch-hunt” imputes that Mr Craig used his position to unfairly and  vindictively target Mr Baldock which damages  Mr Craig’s reputation for good judgment and fairness.

Defamation – Defences – Truth. Did the High Court apply the correct approach to determining whether publications were true, or not materially different from the truth.

Held: Yes, in part. The Judge was correct to find the allegations Mr Craig sent Ms MacGregor “sexts” in publications 1, 4, 6, 7 and 11 not materially different from the truth. Mr Craig sent Ms MacGregor sexually suggestive if not explicit letters as well as texts of the same  ilk.  The essential sting of the publications was that messages suggesting sexualised contact had been transmitted. The fact Mr Slater misstated the medium Mr Craig used made no difference to the injury to reputation.

The Judge erred in finding the allegations in publications 1, 7 and 9 that Mr Craig sexually harassed Ms MacGregor so seriously that he settled her sexual harassment claim by paying her a large sum of money running into six figures were not materially different from the truth. An ordinary listener and reader would measure the seriousness of Mr Craig’s conduct against the six- figure quantifier, but at most $19,000 was exchanged because or in part because of Mr Craig’s conduct. This is not a distinction without a difference.

But the Judge was correct in finding the allegations of a large payment in publication 14 and payment tens of thousands more than Mr Craig told the Board about in publication 6 were not materially different from the truth.

The Judge was correct to find the allegations in publications 1, 6, 7, 9 and 14 that Mr Craig lied to the Board about his conduct towards Ms MacGregor by claiming he had paid her substantially less than six figures to settle an employment claim when in fact he paid her to settle a sexual harassment claim were not materially different from the truth. The settlement agreement between Mr Craig and Ms MacGregor did not prevent Mr Craig disclosing the nature of his conduct towards Ms MacGregor. The relevant sting is the act of lying to the Board. That Mr Craig was partly truthful in denying the payment was six figures does not make the sting materially different from the truth.

The Judge was correct to find the allegations in publications 1, 6, 7, 9, 10 and 12 that Mr Craig seriously sexually harassed Ms MacGregor were not materially different from the truth.  The Judge was sensitive to the possibility that since publication in 2015 the meaning of sexual harassment may have expanded due to the #MeToo movement. Mr Craig’s conduct was intentional, sexualised and directed at a subordinate, in circumstances where it was reasonable to draw a rebuttable inference that it was unwelcome whether objected to or not. Ms MacGregor did not make it known that Mr Craig’s advances were unwanted but the Judge was correct to find on the evidence that this was due to fears of losing her job.

It is unnecessary to address truth as a defence to Mr Slater’s counterclaim as Mr Craig prevailed in his defence on other grounds.

Defamation – Defences – Honest opinion. Did the High Court err in finding the defence of honest opinion applied to publication 16.

Held: Yes. The public interest in Mr Slater’s statements is uncontested and the availability of the defence turns on whether Mr Slater communicated those statements with sufficient responsibility.

Yes. A nil damages award where defamation has been established is a defective verdict.  Mr  Craig sought damages and did not disclaim what would otherwise be his right to a measure of
damages, even if nominal, if his claims were upheld.

The Judge also erred by finding the untrue allegations would not cause additional reputational harm to Mr Craig. The Judge did not err by having regard to the Human Rights Tribunal report. Though not produced in evidence by omission, it was put to witnesses without objection and was the subject of cross-examination. However, the report added nothing to the existing evidence that Mr Craig had sexually harassed Ms MacGregor which was admissible to show bad character and diminish the reputational harm suffered by him. This Court cannot reassess damages as the parties did not consent to this. The verdict on relief is set aside and remitted for determination in the High Court.

Defamation – Costs. Did the High Court err in its costs judgment.

Held: Yes. In light of the findings on appeal costs on the primary claim must be set aside and redetermined in the High Court. The High Court should consider whether a more appropriate award would be to award costs to Mr Craig on a reduced basis to recognise he achieved some success. The Judge erred in his costs order as to the counterclaim. The award is inconsistent with the costs award on the primary claim, and there is no basis to displace the rule that costs should follow the result: Mr Craig succeeded entirely. Costs on the counterclaim are remitted for determination to the High Court.

The full decision can be seen here 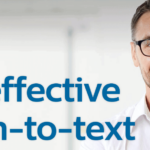 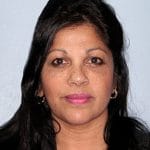