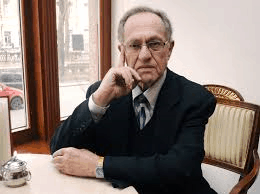 Harvard professor and legal celebrity Alan Dershowitz has filed a defamation lawsuit in both the US and the UK over the ‘sex slave’ case involving Prince Andrew‘s alleged paramour, Virginia Roberts.

But Professor Dershowitz, 76, who wrote “Attack is the Best Defense”, is going further. He is also seeking the disbarment of the lawyers who filed proceedings on behalf of Ms Roberts, Paul Casell and Bradley Edwards, saying they knew the charges were false when they filed them.

Alan Dershowitz, who was part of O.J. Simpson’s ‘dream team’, was named in court documents by a woman who says she was forced to have sex with friends of U.S. billionaire and convicted pedophile Jeffrey Epstein, including Prince Andrew.

The professor yesterday filed defamation suits in both London and the U.S. based on the lawyers’ public statements about the case and he urged Prince Andrew to do the same, although he is not named in the lawsuit as a party.

Dershowitz, a Harvard University professor emeritus, represented Epstein against sex crime charges, for which he served a 13-month sentence after pleading guilty in 2008.

Dershowitz is not currently a target of the latest proceedings but is seeking to intervene in order to defend himself. Buckingham Palace officials have denied the allegations against Prince Andrew.

The woman, identified as Virginia Roberts, was just 17 at the time, making her a minor.

Dershowitz plans to file complaints with Cassell’s and Edwards’ respective states’ disciplinary boards asking that they be disbarred.

The boards would then decide whether to open an investigation and whether to bring charges.

Edwards and Cassell said in a joint statement that they had carefully investigated all of the allegations in their pleadings before presenting them.

They also said they had tried to depose Dershowitz and that he had refused, which Dershowitz called a ‘total lie.’ He said he received only one deposition request from the two lawyers five years ago, asking about his relationship with Epstein – and that it said nothing about any of the new allegations.

Several law professors specialising in legal ethics said that even if Dershowitz could prove the allegations were false, that was unlikely to get the two attorneys disbarred.

The case could fail because attorneys are advocates for their clients, not arbiters of fact, so they are entitled to believe their clients, experts said.

Amy Mashburn, a professor at the University of Florida’s Levin College of Law said: ‘The statement by the victim that it happened, without a strong reason to question it, would be sufficient.’

Stephen Gillers, a professor at NYU School of Law said: ‘Being false alone is not enough.

‘What a disciplinary committee would have to show is that they either knew the allegations were false, or they were reckless in making the charge.’

Mr Gillers said there was no firm standard for what it meant to be reckless. While attorneys have an obligation to investigate allegations before making them, such an investigation need not be as thorough as the fact-finding that later happens in court, he said.

Cassell and Edwards would be more likely to face punishment if a disciplinary board concluded that they knowingly lied. Ms Mashburn said that would be a very serious fraud that would be a breach of several ethical rules.

Even then, she said, they might only face suspension.

One obstacle for Dershowitz, according to Ms Mashburn, is that lawyers are often disbarred for multiple offenses. 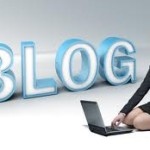