Roger Meltzer Spearheaded the Firm’s Adoption of the Mansfield Rule 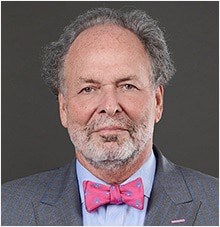 Powered By LawFuel –DLA Piper is pleased to announce that Roger Meltzer, global co-chairman and Americas co-chairman, has been named to the National Law Journal inaugural list of Equality Trailblazers.

National Law Journal editors highlighted in a profile of Meltzer his belief that “the legal profession has not made enough progress around diversity and inclusion.” Since 2017, Meltzer has spearheaded the firm’s adoption of the Mansfield Rule, designed and continuously refined through Diversity Lab, an incubator for innovative ideas and solutions that boost diversity and inclusion in law. The Mansfield Rule was inspired by the NFL’s Rooney Rule, named for former Pittsburgh Steelers chairman Dan Rooney, which requires every NFL team to interview at least one minority candidate for head coach vacancies.

In addition to his leadership roles at DLA Piper, Meltzer has practiced corporate and securities law for more than 35 years. Among his clients are corporations, investment banking firms, commercial banks, and private equity and investment funds. He has represented his clients in a range of finance transactions, including mergers, acquisitions and dispositions, public offerings, and public and private placements of debt and equity securities.