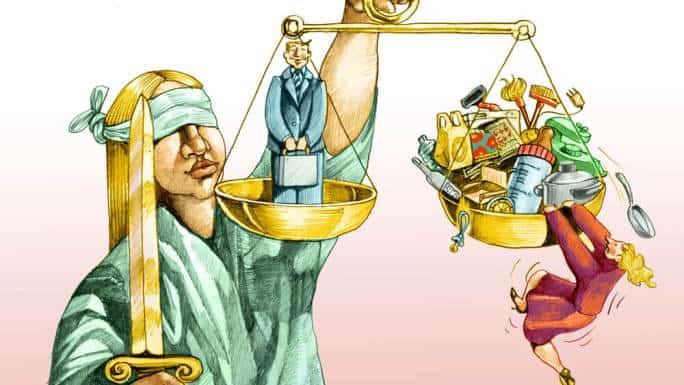 With the reins of Australian Prime Minister being taken over, legal professionals will be among those feeling the impact, including women lawyers in the Australian profession who are hoping for better times ahead in terms of gender equality issues.

After days of speculation and political upheaval, it was confirmed this week that current federal treasurer Scott Morrison will be Australia’s next Prime Minister, marking the end of Malcolm Turnbull’s tenure.

For the Women Lawyers Association of NSW, there is hope that a political titan shake-up will see a revisit of the Child Care Rebates policy and a better opportunity for women lawyers to participate more fully in the Austalian legal profession.

“It does not encourage lawyers, especially women lawyers, to participate in the workforce,” a member of the WLANSW was reported in LawyersWeekly.

“[The ABC’s] Annabel Crabb was right, we wish we all had a wife/household manager. However, with double cost in child care and without support/care, a lot of senior legal women are discouraged to maintain or continue to touch the glass ceiling.”

The WLANSW added it would like to see a commitment to the advancement of women, including the
“elimination of the gender wage gap and superannuation deficit for women; improved funding for domestic violence and sexual assault education and services; a 21st century re-assessment of workplace laws as they impact on parental leave and caring arrangements; and a reconfiguration of child care costs, so that users who work or study incur lower costs. This may be through changes to tax deductibility or by bringing early child learning under the education umbrella”.

Even now former PM and former lawyer Malcolm Turnbull himself referred to the issue in his reference to the elevation of the first woman Chief Justice in Australia in 113 years when she was appointed in 2016.

Chief Justice Susan Keifel once described herself as “a lonely tree” in a sea of men.  She was one of 56 women and 100 male Commonwealth judges and justices in the High Court, Federal Court, Family Court and Federal Circuit Court at the time of her appointment.  Although the number of female judges has increased, the Australian legla profession has stubbornly refused to provide good gender equality opportunities for its women.

Turnbull hailed Keifel’s appointment as a game-changer for young women in law who could aspire to her success. “They can follow in Susan Kiefel’s footsteps, study well, get admitted, become the chief justice of Australia,” he said at the time.

Other issues that generated high feeling among Australian lawyers has been the drought crisis, a lack of
court facilities, including the contentious proposed amalgamation of the Federal Circuit and Family Court
of Australia, which has created a defiant reaction among some Australian legal groups.

There has also been high anxiety among the legal profession are issues relating to asylum
seekers on Manus Island and Nauru and legal aid issues, particularly affection the victims of domestic
violence.