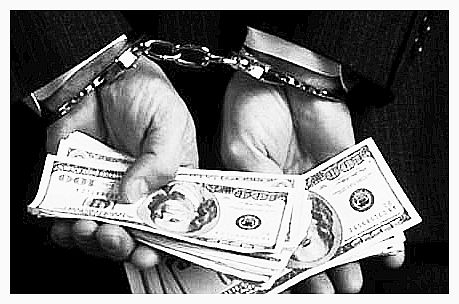 Geoffrey S. Berman, United States Attorney for the Southern District of New York, announced that JESUS RODRIGUEZ-JIMENEZ was sentenced today to 30 years in prison by United States District Judge Katherine B. Forrest in Manhattan federal court. RODRIGUEZ-JIMENEZ ran an international money laundering business with ties to Mexico, Italy, Hungary, Panama, and China, facilitating the movement of hundreds of millions of dollars in drug proceeds on behalf of drug cartels in Mexico and Central America. Through a web of front companies, shell bank accounts, and money couriers throughout the United States and Europe, RODRIGUEZ-JIMENEZ successfully laundered in excess of $250 million, directly facilitating the trafficking of massive quantities of narcotics throughout the world.

U.S. Attorney Geoffrey S. Berman said: “Jesus Rodriguez-Jimenez led an international money laundering operation that handled the proceeds of cocaine and heroin trafficking by Mexican and Central American cartels. The Rodriguez-Jimenez organization laundered more than a quarter of a billion dollars in illegal drug trafficking proceeds through front companies, sham bank accounts, and money drops in several U.S. cities. Thanks to the efforts of the DEA, Rodriguez-Jimenez will now spend considerable time in prison for his crimes.”

According to the charging and other documents filed in the case, as well as statements made during RODRIGUEZ-JIMENEZ’s sentencing proceeding:

Since July 2013, the U.S. Drug Enforcement Administration (“DEA”) has been investigating JESUS RODRIGUEZ-JIMENEZ’s international money laundering organization and its cartel clients, which together have been involved in trafficking hundreds of kilograms of cocaine and heroin, among other narcotics, and laundering narcotics proceeds through a variety of methods, including through a network of shell corporations under their control. To date, the investigation has resulted in charges against eight defendants, including the successful extradition of alleged high-level money launderer Filippo Magni from Italy earlier this summer.

Through a network of front companies, couriers, and his own armored car company, RODRIGUEZ-JIMENEZ succeeded in repatriating millions of drug dollars from the streets of New York, Chicago, Detroit, Philadelphia, and other cities across the United States, back to cartel interests in Mexico. By introducing these drug dollars into the banking system, RODRIGUEZ-JIMENEZ was able to move money wherever the cartel interests directed it, including repatriating this value to Mexico through trade-based money laundering: At the direction of his cartel clients, RODRIGUEZ-JIMENEZ would wire drug dollars to companies in China, Hong Kong, and Taiwan. These companies would, in turn, ship merchandise to Mexico or other drug producing countries. There, merchants would accept the shipment of goods, and pay a reduced price, in local currency, to the cartels. In this way, RODRIGUEZ-JIMENEZ turned street cash in the United States into value in Mexico.

In total, RODRIGUEZ-JIMENZ laundered at least $250 million on behalf of the cartels during the course of the scheme.

In addition to the prison term, RODRIGUEZ-JIMENZ, 47, of Monterrey, Mexico, was sentenced to three years of supervised release. Judge Forrest also ordered RODRIGUEZ-JIMENZ to forfeit $284 million in laundered funds.

Mr. Berman praised the outstanding work of the Las Vegas Division of the DEA and the Las Vegas Office of the Internal Revenue Service, Criminal Investigation, in the investigation of this case.

This case is being handled by this Office’s Money Laundering and Asset Forfeiture Unit. Assistant United States Attorneys Andrew C. Adams and Noah Falk are in charge of the prosecution.