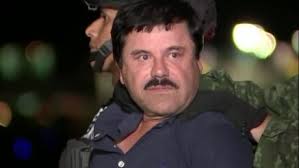 New York, July 13, 2020 — Mayer Brown has continued the expansion of its regulatory, investigations and enforcement capabilities with the arrival of prominent federal prosecutor , who joins the firm as a partner in the global White Collar Defense & Compliance and Regulatory & Investigations practice groups in New York. Previously, Ms. Parlovecchio was an Assistant United States Attorney (AUSA) in the US Attorney’s Office for the Eastern District of New York (EDNY), where she served as the chief of the office’s International Narcotics and Money Laundering Section (INMLS).

“Gina’s significant experience handling a wide range of white collar matters and stellar reputation, both within government and the private sector, make her a terrific addition to the firm’s expanding regulatory, enforcement and investigations team,” said Richard Spehr, the leader of Mayer Brown’s global Litigation & Dispute Resolution practice. “Gina has first-chaired some of the most prominent and complex criminal cases in recent years. With her arrival, and the addition of other notable trial lawyers in New York and Washington DC, we’ve built an unparalleled team that will tremendously benefit the firm’s clients as global investigations continue to grow in size, complexity and importance.”

As a federal prosecutor for more than a decade, Ms. Parlovecchio has investigated, prosecuted and tried some of the EDNY’s most complex, sensitive and high-profile cases across a wide spectrum of criminal matters, including international money laundering, Bank Secrecy Act violations, mail and wire fraud, tax fraud, Office of Foreign Assets Control (OFAC) violations, pharmaceutical regulatory compliance, bribery and international public corruption, among other areas. She has tried a dozen criminal trials to verdict, including the EDNY’s recent prosecution of one of the world’s largest drug kingpins, Joaquin “El Chapo” Guzman Loera, in which she served as lead trial counsel. She has also argued criminal appeals before the Second Circuit. Before becoming the chief of INMLS, she served as the INMLS deputy chief and co-chief of the Anti-Money Laundering Strike Force. She previously served in the office’s Organized Crime and Racketeering Section and General Crimes Section, and played a critical role in building the office’s money laundering and Bank Secrecy Act practice.

According to Ms. Parlovecchio, “Anti-money laundering and global investigations will remain a top priority for law enforcement and regulators, particularly with respect to financial institutions. Mayer Brown’s global platform and strategic vision offer the perfect opportunity for me to leverage my experience leading complex international investigations, while working alongside the firm’s stellar white collar team, to advise corporate and individual clients on multijurisdictional matters, new regulatory obligations and compliance concerns.”

“New York is a critical market for white collar and regulatory enforcement matters—Gina’s high-profile and high-stakes trial experience bolsters our capabilities in New York and beyond,” said Matthew Ingber, the managing partner of Mayer Brown’s New York office. “We are thrilled to welcome her to the expanding practice and office.”

A frequent speaker on white collar issues, Ms. Parlovecchio has received numerous awards throughout her career. She is a recipient of the 2014 National Organized Crime Drug Enforcement Task Force Award for outstanding investigation for her work on “Operation What’s Up Doc,” which resulted in the prosecution of over 50 members of an international drug trafficking and money laundering organization. In 2019, she received the Attorney General’s David Margolis Award for Exceptional Service, which is the Department of Justice’s highest award for employee performance, for her work in the Guzman Loera trial. She also received the True American Hero Award by the Federal Drug Agents Foundation and the Federal Law Enforcement Foundation Federal Prosecutor Award, which are among the most prestigious law enforcement awards in the New York region.

Before becoming an AUSA, Ms. Parlovecchio worked on significant securities, commercial, patent and employment litigation matters at a large national law firm. Earlier in her career, she clerked for the Honorable Edith Brown Clement of the United States Court of Appeals for the Fifth Circuit. 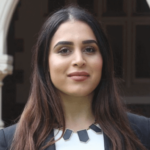 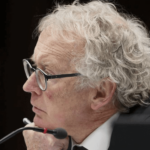