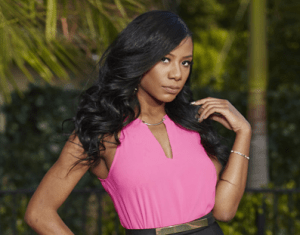 Geoffrey S. Berman, the United States Attorney for the Southern District of New York, announced today that SHANNADE CLERMONT was sentenced to one year in prison for making and attempting more than $20,000 in fraudulent charges using debit card information she stole from a man who died during the course of a prostitution date with her.  CLERMONT pled guilty to one count of wire fraud in November 2018 before U.S. District Judge Naomi Reice Buchwald, who also presided over today’s sentencing.

U.S. Attorney Geoffrey S. Berman said:  “Former reality TV ‘Bad Girl’ Shannade Clermont lived up to her on-screen persona, as she admitted to stealing the debit card information from a man she visited for a prostitution date in his Manhattan apartment.  When the man died of an overdose, instead of notifying the authorities or calling for help, Clermont callously chose to use the man’s debit card information to make tens of thousands of dollars in illegal purchases.  As Shannade Clermont has now learned, her real-life bad behavior has real-life consequences, and has now landed her in federal prison.”

According to the allegations contained in the Complaint and Indictment to which CLERMONT pled guilty and other filings in the case:

The New York City Police Department (“NYPD”) and the United States Attorney’s Office for the Southern District of New York had been investigating the overdose death of a male individual (the “Victim”), who was found dead on the morning of February 1, 2017, in his apartment at 250 East 53rd Street in Manhattan, New York (the “Victim Apartment”).  During the course of that investigation, law enforcement learned that CLERMONT visited the Victim for a prostitution date at the Victim Apartment the previous evening (January 31, 2017), and stole the information for two debit cards in his wallet.  CLERMONT admitted that she stole the debit card information after the Victim passed out during the prostitution date.  CLERMONT then used the stolen debit card information to make or attempt to make more than $20,000 in fraudulent purchases during the months following the Victim’s death, including to pay her rent and phone bills, to purchase flights, and to make several online purchases of thousands of dollars of luxury clothing and other merchandise, including, among other items, Valentino shoes, a Phillip Plein jacket, Beats headphones, as well as a gift certificate at a beauty salon.

In an interview by law enforcement after she was arrested, Clermont stated, in substance and in part, that she committed this crime at least in part due to the stress of keeping up her public image.

In addition to the prison sentence, CLERMONT, 25, of Los Angeles, California, was sentenced to three years of supervised release and ordered to forfeit $5,775.27 and pay $4,696.40 in restitution.

Mr. Berman praised the outstanding investigative work of the NYPD.

The prosecution of this case is being handled by the Office’s Complex Frauds and Cybercrime Unit.  Assistant United States Attorney Sagar K. Ravi is in charge of the prosecution.