Powered By LawFuel –Ken Broda-Bahm Many to most of my readers will be old enough to remember when there was no Internet. Or, perhaps, you’ll remember a time when “going online” meant connecting through a noisy modem and a telephone line.

Even more of you will remember a time when you didn’t have an internet-connected smart phone in your pocket and couldn’t have the sum of human information potentially at your fingertips.

Of course, nearly all of us have that now, and you’re most likely reading this online and connected, a large part of the time, to a variety of networks for work and for entertainment. It is amazing just how much has changed in such a relatively short time, and these changes are not just technological, they are changes to our own daily mental habits.

Our near-continuous state of being electronically connected influences how we inform ourselves, make decisions, persuade, and are persuaded. For the legal advocate facing a jury, it is important to keep that in mind. They may not be using their devices at the time, or using them to research during breaks or at the end of the day (or, then again, they might be), but one thing that is certain is that they are not setting aside the cognitive habits they develop and reinforce throughout the day.

So what are these new cognitive habits?

A team of Australian, British, and American researchers looked at the current state of research on that question and the results appear in the article, “The ‘Online Brain: How the Internet May Be Changing Our Cognition” (Firth et al., 2019).

While they give some emphasis to social and developmental aspects of our new online reality, my attention is drawn to the habits that relate to focus and memory — the real-time changes that would affect the way a jury pays attention and retains information.

The team argues that, as the Internet is becoming increasingly effective at capturing and holding our attention, and in being a repository for what we know and what we think, the brain is correspondingly making changes that are starting to be shown in the research.

In other words, the data is coming in on our large-scale social experiment on the effects of this quick evolution in the information diet of most of the population.

Two changes stand out as being especially relevant to the way a jury is likely to hear and use information.

Today’s electronic connectivity allows heavy multitasking, and many people have become habituated to compulsively checking for new messages, whether that is texts, emails, or social media messages.

As a result, we are growing used to the idea of constantly shifting our attention to something new. The team cites research showing that 85 percent of current teachers say that we are creating an easily-distracted generation. And the effect certainly isn’t limited to children.

It also isn’t safe to assume that adults simply get good at multitasking. The team reviews research showing that the most frequent multitaskers don’t become great multitaskers, but instead become increasingly distractible, which shifts in attention and task occur as frequently as once every 19 seconds. That erratic focus isn’t just at the extreme.

They note that when people browse on the Internet, on average, 75 percent of all on-screen content is viewed for less than a minute.

There are several ways legal persuaders should adapt to this increased distractibility:

Expect Jurors to Remember Less (While Believing That They Know More)

One strength of our connected world is the sheer scope of information that is now easily available. “Indeed, for the first time in human history,” the researchers note, “the majority of people living in the developed world have access to almost all factual information in existence literally at their fingertips.” But one consequence of this is that we tend to rely on it.

For example, now that we have Google Maps, we have less need of our own mental maps. So, to some extent, that skill atrophies.

The same goes for information retention generally. The researchers note findings that may point to a reduction in functional connectivity and synchronization of the brain regions that sustain long- and short-term memory.

And the catch is that we don’t perceive that change. In fact, in something they call the “Illusion of self-knowledge,” our ability to easily access information increases our sense of what we know, making us more certain about our opinions, and as a result, making society itself more polarized, as people become less likely to change their minds in response to new information.

So, faced with jurors who may be less used to using their memories, while being more sure that they know all they need to know, there are a couple of ways legal persuaders should adapt: 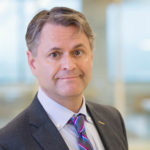