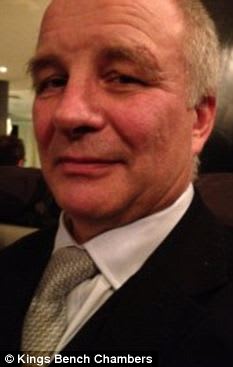 Geoffrey S. Berman, the United States Attorney for the Southern District of New York, announced that a federal jury today found MICHAEL LITTLE guilty of charges that he participated in an 11-year tax fraud scheme in which he advised and helped an American family to defraud the Internal Revenue Service by hiding approximately $14 million in overseas Swiss bank accounts and by other means, failed to file his own personal tax returns, and assisted in the filing of false tax returns. The three-week-long trial took place before U.S. District Judge P. Kevin Castel, who is scheduled to sentence LITTLE on September 6, 2018.

U.S. Attorney Geoffrey S. Berman stated: “Michael Little assisted an American family in evading taxes on $14 million in undeclared offshore inheritance money. Over the course of a decade, he helped the family illegally funnel millions of dollars of that inheritance from Swiss bank accounts into the United States, in order to avoid IRS detection. Especially at this time of year, this case serves as a reminder that failure to pay one’s fair share of taxes can result in a felony conviction.”

According to the allegations contained in the Complaint, Indictment, and the evidence presented in Court during the trial:

LITTLE, a British attorney who resides in England and is licensed to practice law in New York, was a business associate of the patriarch of the Seggerman family, an American family residing in the United States. In August 2001, after the patriarch died, LITTLE and a lawyer from Switzerland (the “Swiss Lawyer”) met with his widow and adult children at a hotel in Manhattan, and advised them that the patriarch had left them approximately $14 million in overseas accounts that had never been declared to U.S. taxing authorities. LITTLE and the Swiss lawyer also advised the various family members on steps they could take to continue hiding these assets from the IRS. In particular, LITTLE discussed with the family members various methods by which they could bring the money into the United States from the Swiss accounts while evading detection by the IRS. Among other means, he advised family members that they could bring money back to the United States in small increments, or “little chunks,” through means such as traveler’s checks, or by disguising money transfers to the United States as being related to the sales of artwork or jewelry. Various members of the Seggerman family agreed to work together with LITTLE and the Swiss Lawyer to repatriate the offshore funds.

In accordance with the plan he orchestrated, LITTLE assisted in opening an undeclared Swiss account for the purpose of holding and hiding the widow’s inheritance funds. LITTLE also enlisted the assistance of a New Jersey accountant to prepare false and fraudulent tax returns and to keep falsified accounting records for a corporate entity in the United States, controlled by the widow and used to receive inheritance funds repatriated from the Swiss account. Between 2001 and 2010, LITTLE caused over $3 million to be sent surreptitiously from the undeclared Swiss account to the United States corporate entity for the widow’s benefit. LITTLE also worked with the New Jersey accountant to establish a sham mortgage that allowed another Seggerman family member to access approximately $600,000 of undeclared inheritance funds held in a Swiss account.

In or about 2010, LITTLE became aware of an IRS criminal investigation into the scheme. In an attempt to cover up his involvement, LITTLE communicated with a tax attorney and the accounting firm that had prepared the widow’s individual tax returns. LITTLE provided false information to the tax lawyer and the accounting firm about the nature of the transfers from the Swiss account to the United States, claiming that the transfers represented “pure gifts” from a non-U.S. person who had “absolutely no relationship” to the widow. Based on LITTLE’s misrepresentations, the accounting firm filed inaccurate tax returns for the years 2001 through 2010, which categorized the transfers of over $3 million to the widow as foreign gifts.

LITTLE has been a lawful permanent resident of the United States, also known as a green card holder, since 1972. As a lawful permanent resident, he had an obligation to file annual tax returns reporting his worldwide income to the IRS. In or about 2005, LITTLE was admitted to the New York State Bar as an attorney. Between 2005 and at least late 2008, LITTLE resided full time in New York City, where he worked and earned hundreds of thousands of dollars of income as an attorney representing clients. During the period of 2001 to 2010, LITTLE also earned other legal fees, along with hundreds of thousands of dollars more in fees for his work on behalf of the Seggerman family. LITTLE failed to file any tax returns with the IRS between 2005 and 2010. He further failed to file, for years 2007 through 2010, annual Reports of Foreign Bank and Financial Accounts (“FBARs”) in connection with foreign bank accounts he controlled, which held in excess of $10,000 each year.

Mr. Berman praised the outstanding investigative work of the IRS. Mr. Berman also thanked the U.S. Department of Homeland Security, Office of Fraud Detection and National Security, United States Citizenship and Immigration Services, New York State Department of Taxation and Finance, and FinCEN for their substantial assistance in the investigation and trial.

The prosecution of this case is being handled by the Office’s Complex Frauds and Cybercrime Unit. Assistant United States Attorneys Christopher DiMase, Dina McLeod, and Andrew Dember are in charge of the prosecution.