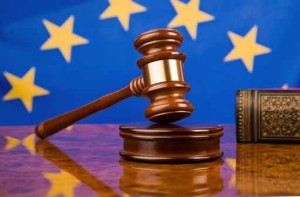 In a true democracy the courts are the primary guardians of rights and freedoms. Yet what happens when the courts ignore the laws that they have been established to uphold?

The highest court in the European Union is notorious for fudge. Its duty is to interpret the EU treaty and measures enacted from it. Yet in practice the European Court of Justice (ECJ) operates as the guardian of its own prejudices. Such has been the case in the past when labour cartels have been found not to infringe EU anti-trust rules or when giving paid holiday rights when staff have been on sick leave – as if those recovering from sickness need to take another break to recover from the work they have not been performing.

Now the court is poised to ignore the EU treaty again. The Advocate-General Yves Bot (adviser to the ECJ) has just issued an opinion in the case Lock vs British Gas Trading Limited. In it he recommends to the court that commission payments should be taken into account when setting holiday pay – even though annual leave was taken into account by the company when setting commission levels. If the court follows such guidance it will reinforce previous ECJ decisions such as British Airways vs Williams where it has presumed to have powers in the field of remuneration.

According to FedEE’s Secretary-General, Robin Chater “neither the ECJ nor EU legislators drawing up the Working Time Directive itself have had any powers in respect to remuneration – in any form except gender-based equal pay. Article 153 of the EU Treaty specifically excludes such powers. Thus not only the Working Time Directive, but also Directives in the field of Jobs posting, fixed-term workers and temporary agency workers all infringe the EU treaty and should be amended or repealed”.

Will this happen? Of course not – as the courts have now waded in too far with legal precedent and so accepting their own ignorance of the EU treaty would totally undermine their credibility. More time for another dollop of euro-fudge perhaps?

The Federation of European Employers (FedEE) is the leading organization for multinational enterprises operating in Europe. It was established in 1989 with the assistance of the European Commission.

Article 153 of the Lisbon Treaty sets out the role and powers of the European Union in the social and employment fields. Article 153 (5) states that “ The provisions of this Article shall not apply to pay, the right of association, the right to strike or the right to impose lock-outs”