(September 22, 2020) – Eversheds Sutherland has announced a new leadership team for its global International Arbitration Practice, which will be co-lead by partners Jonathan Leach and Meriam Nazih Al-Rashid.

Jonathan and Meriam have been appointed to the role of Global Co-Chairs of the International Arbitration Practice with immediate effect. The Practice is a long standing world-leader in public international law with exceptional experience acting for governments in State-to-State and investor-State arbitrations. That expertise continues but it is also now increasingly recognised as a firm of choice for large multi-national businesses in complex construction and infrastructure disputes and general commercial arbitrations in all four corners of the globe.

“This is an exciting time for our arbitration practice. We have grown our global footprint considerably in recent years.  Although we have strengthened our long-standing teams in Paris and London with a number of new hires, we have also grown our arbitration capability in Germany, Asia, the Middle East and the US.  We now have a truly global capability and I expect we will continue to move up the rankings of the Global Arbitration Review over the years to come.”

“I’m delighted to be appointed to this role with Meriam. We have a fantastic platform to build from and I look forward to working with her, David Sellers and the rest of the leadership team to take the Practice to the next level.  I’m confident we have a very bright future ahead of us”.

“I am honored and excited to be selected to the position of Global Co-Chair alongside Jon. Our predecessors and current global leadership have created a fantastic foundation for this group and shown excellent results from all their hard work. With that momentum to work from, our global platform of offices, and extremely talented international arbitration colleagues, there is no doubt that the Eversheds Sutherland’s global IA group will continue to excel, and become an even more formidable contender in the market.”

Jonathan Leach is based in Eversheds Sutherland’s London office and has two decades of experience in international arbitration. He has been UK Head of the International Arbitration Practice since joining the firm in 2016 from Hogan Lovells.

Meriam Al-Rashid is based in Eversheds Sutherland’s New York Office. She joined the International Arbitration Group in March 2020 from Dentons where she was US Head of Public International Law and Investment Disputes. Meriam is qualified to practice in the New York, California, the District of Columbia and England & Wales. 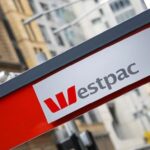