Facebook’s infamous “Beacon” program, which analyzed the internet use of millions of Facebook users for marketing and advertising purposes, has lead to a case that has lead all the way to the Supreme Court.

At stake is the issue of whether plaintiffs who take class actions that result in settlements should see lawyers and defendants rewarded, but not the plaintiffs themselves.
[wp_ad_camp_2]
Can this be fair?  Is there something distinctly ‘unlikeable’ about such a move?

The WSJ reports that Marek v. Lane, and it arose out of Facebook‘s FB +0.38% notorious 2007 “Beacon” program. Beacon gathered and published information about Facebook users’ other Internet activities as an advertising and marketing tool, invading the privacy of millions. It may also have violated a number of state and federal laws, including the 1988 Video Privacy Protection Act, which includes a liquidated-damages provision of $2,500 for each offense. A class-action suit was filed in 2008 on behalf of as many as 3.6 million injured social networkers.

Embarrassed (if unrepentant) and under media pressure, Facebook entered settlement negotiations, ultimately agreeing to pay $9.5 million. Of this, about $3.1 million (later reduced to $2.3 million) would go to the class-action lawyers, and the rest would be used to create a Digital Trust Foundation, controlled in part by Facebook. The DTF would sponsor programs and education regarding online threats to personal information and identity—including through funding consumer groups, such as the Electronic Frontier Foundation, that Facebook already supports and are often allied with Facebook on matters of regulation and public policy. Members of the class of injured plaintiffs, meanwhile, would get nothing and, unless they took action to “opt-out” of the settlement, their individual claims would be forever barred.

Such arrangements, through which a class recovery is diverted to purposes other than actually compensating the claimants, are known as “cy pres” awards, a term derived from the French legal expression cy pres comme possible (as near as possible).

The idea is that where a court cannot directly achieve some remedial goal, such as meaningful payments to the injured parties, it may adopt other measures that, as nearly as possible, have the same compensatory result.

Read more at the WSJ 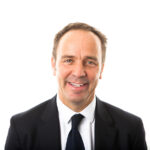