You’ve probably wondered why lawyers will always attempt to get their clients to push for bail, even if they’re going to do some jail time anyway. The truth is while you will get your pretrial jail time taken off your eventual sentence, it’s rarely a good idea to simply sit in jail. The economic reasons are compelling, but the negatives far outweigh the positives.

You Won’t Always Go to Jail

Jails in the U.S. are incredibly overcrowded. It means even convicted felons won’t go to jail since there’s no space for them. Even if you did the crime, there’s a chance your lawyer can still keep you out of jail. By staying in a cell until your trial, you’re making it easy for the judge to sentence you to time in prison.

It’s Not a Nice Place

Obviously, you’d rather stay out of prison simply because it’s not a nice place. To make it even worse, those who’re awaiting trial will usually have it harder than someone who has already been sentenced.

For example, if you’re waiting for a trial you won’t be able to use the exercise yard and the various legal libraries. You also might not get the chance to work or to indulge in any of the other benefits available to inmates.

You don’t have to watch your tongue while out of jail. In prison, there’s always the potential for saying the wrong thing to another inmate or a prison warden. They may decide to use this information against you for malicious purposes.

The easiest way to stop this from happening is to not put yourself in this scenario in the first place.

Prosecutors take much longer to deal with cases when the defendant is out on bail. If they’re in prison, they want to force the case through to free up a cell; due to the overcrowding issues mentioned earlier.

Furthermore, tempers are high at the start of a case. That business owner might still be furious at you for attempting to rob him. A year later, much of this anger will have subsided.

Their desire to see you locked up in jail might wane, and they might even decide not to bother pursuing the case.

Bail offers the breathing space needed for everything to calm down. You still have your freedom, and this is a bonus by itself.

As a case gets stale, your chances of escaping prison increase. Witnesses can disappear, facts can be forgotten, and prosecution cases start to get outdated. Delayed justice will always dilute a prosecution.

Going out on bail gives you the chance to pay for your crimes. You might get a letter of forgiveness from the victim, or you might join a volunteer group in an attempt to repay your debt to society. When your defense team meets the prosecution, these factors might encourage the prosecution to not go to trial and accept some sort of probation period.

Even crimes like shoplifting don’t always lead to jail time. Without bail, you don’t give yourself any chance of repaying your debt to society.

The author, Veronica King, is a wonderful and a popular blogger. She writes articles on a plethora of topics and niches. She believes studying law to become a criminal defense lawyer is a good move in securing your future. 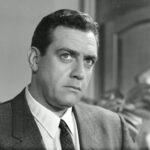