LOS ANGELES – A South Los Angeles man has pleaded guilty to federal mail fraud and wire fraud charges for his role in a lottery scam that targeted elderly victims with false promises of large cash prizes and cars that would be delivered when victims paid taxes, fees or insurance.

According to a plea agreement filed in the case, the lottery scam defrauded victims who were falsely told they had won the Publishers Clearing House sweepstakes or other lottery prizes, but they needed to pay some sort of fee or tax to collect the winnings.

“This defendant’s fraud scheme targeted elderly victims with false promises of cars and cash prizes,” said United States Attorney Eileen M. Decker. “All those who receive telephone calls from people promising prizes in exchange for money must be very wary and should take steps to confirm the reliability of the source of the call prior to sending anything.”

In his plea agreement, Bullock admitted participating in a lottery scam in which he and other members of the scheme collected money via Western Union and MoneyGram wire transfers, money orders sent through the U.S. Mail and direct cash payments. Bullock personally received at least $45,000, some of which he shared with his co-schemers, most of whom were in Jamaica.

Los Angeles Postal Inspector in Charge Robert Wemyss stated, “This investigation was an excellent example of a partnership between local and federal law enforcement agencies, working together to ensure that the nation’s mail system is not used as a tool for fraud. I fully commend the hard work and countless hours put forth by all of the law enforcement agencies involved, which resulted in bringing this individual to justice.”

Judge Wu is scheduled to sentence Bullock on April 17. The wire fraud and mail fraud charges each carry a statutory maximum penalty of 20 years in federal prison.

The investigation in this case is being conducted by the United States Postal Inspection Service, which received substantial assistance from the Glendale Police Department. The prosecution is being handled by Assistant United States Attorney Michael G. Freedman of the General Crimes section.[/vc_column_text][/vc_column][/vc_row] 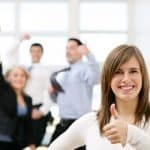 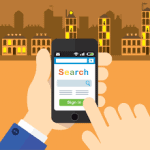