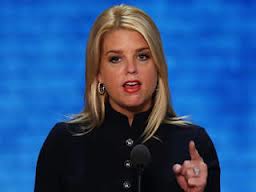 “Just as those involved in criminal trafficking have no respect for the rule of law, they have no respect for jurisdictional boundaries. This type of criminal activity—trafficking in humans, drugs, weapons, and other illegal contraband—relies upon and propagates a wide network of interrelated activity. Countering these international criminal enterprises‎ requires strong partnerships and coordinated effort by all who are affected, which is why I am in Mexico City meeting with a consortium of U.S. Attorneys General and state and federal Mexican officials. I am specifically interested in how this effort can help Florida address a significant human trafficking problem. We receive the third highest number of calls to the National Human Trafficking hotline, and I am committed to exploring every means available to combat this horrific crime.”

The Attorneys General and Mexican state and federal officials will also discuss mutual cooperation in areas of technology, sharing of information and coordination of prosecutions. Specifically, the delegation will meet with government officials to increase mutual strategic support to combat the problem of international money laundering. The state attorneys general will also seek cooperation in targeting transnational criminal organizations engaged in intellectual property violations and distribution of counterfeit goods. In addition, the delegation will discuss joint coordination between U.S. and Mexico officials on the use and adoption of technology to combat human trafficking, cybercrime and child pornography distribution.

The state attorneys delegation will meet with:

This delegation, the Attorneys General Consortium to Fight Transnational Organized Crime, is currently coordinating state-level policy leadership on civil and criminal enforcement strategies against transnational crime by creating uniform legislation that allows bringing civil forfeiture actions against traffickers and focusing on threats from specific Transnational Criminal Organizations (TCOs). The group is also coordinating regular data and intelligence-sharing on TCO activity including the creation of an inventory of the work that state offices are doing and identifying areas where mutual assistance could strengthen civil and criminal investigations. 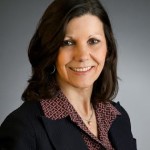 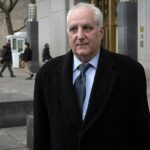