Criminal law in Florida has some unique characteristics that to some extent provides points of difference from other states in the Union. And some of those laws have generated attention nationally in recent times, such as the much-discussed ‘Stand Your Ground’ gun law, which explains the various legal ways to protect yourself with deadly force should you be in danger.

It passed that law in 2005 and was the first state to do so, thus leading to the considerable controversy that followed its implementation.

There are many criminal laws on Florida’s books relating to matters such as cocaine offenses that go back to the drug smuggling era, computer crimes and others that often have various points of difference from other states.

For instance the cocaine laws derive from the days when money was easy and it poured into Florida which, according to some estimates, lead to the building of property assets that comprise as much as 80 per cent of Miami’s skyline.  Notorious individuals like Pablo Escobar, Manuel Noriega and the cocaine cartels have all had a hand in shaping Florida’s drug history – and its criminal laws.

Recent figures indicate that Florida’s crime rate has increased modestly according to FBI statistics.  It has been trending in a better direction than the rest of the country in just about every sector of violent crime, notwithstanding the notorious ‘cocaine error’ period mentioned earlier.

A number of new laws will hit the books recently in Florida, following the end of the legislative season in April.  Many took effect from July 1 with the top new law being one that creates a regulatory framework for the sale of electronic cigarettes. The bill will raise the state’s legal age to vape and smoke tobacco to 21, a threshold already established in federal law.

House bill sponsor Jackie Toledo, R-Tampa, said before the measure was approved that it was “necessary to stop youth vaping.”

But it drew opposition from prominent health groups, in part because it will prevent local regulations on such things as the marketing and sale of vaping products and tobacco.

“By blocking the power of elected officials at the local level to protect kids — and failing to take any meaningful action at the state level — we risk another generation addicted to deadly tobacco products and the illness and premature death that come as a result,” the groups said.

The need for experienced criminal attorneys is the same in Florida as in any other jurisdiction.  Any number of specific state or federal requirements affect criminal prosecution.  There is, for instance, the statute of limitations that sets time restrictions for the State to file charges.

Some offences do not however have any limitation on the time by which charges can be laid.  The Florida Statute § 775.15 indicates that crimes that are classified as a capital felony, life felony, or felonies that resulted in the death of a person do not have a statute of limitation.

But there are many other, more common offences that require proper advice and experienced assistance.

One of the most common legal defenses for fighting DUI charges is challenging the accuracy of chemical test results. For example, your criminal defense attorney may argue that improper testing or improper storage of alcohol samples to be analyzed by a trained, licensed phlebotomist led to the inaccurate measurement of the amount of drugs or alcohol at the time the defendant was allegedly driving.

Another method is to challenge the officer’s observations before they made the arrest. An officer may pull a person over if they notice signs of impairment, such as making excessively wide turns, driving significantly above or below the speed limit, or overall bad driving. Other signs of intoxication include bloodshot or glassy eyes, slurred speech, breath smelling like alcohol, and bizarre behavior. This may be more challenging to prove, but a skilled criminal defense attorney may be able to convince jurors that the officer’s observations about the driver were wrong.

Prosecutors must prove guilt beyond a reasonable doubt to convict a defendant. Being accused of a sex crime could have a severe effect on the rest of your life. An experienced sex crimes lawyer will be able to determine if the plaintiff is covering up a consensual sexual act, for example. Some false claims of sexual assault are used as tools for extorting money from the defendant, especially if the defendant is a celebrity or public figure. You should hire a skilled attorney who will investigate your case and determine if the plaintiff is trying to gain some financial advantage by filing a false sex crimes claim.

The state of Florida explicitly forbids trafficking, selling, possessing, manufacturing, and cultivating drugs with the intent to sell, such as:

Depending on the specific crime committed, the charges may be graded as a misdemeanor or a felony, and the punishments are subject to varying degrees of severity. Sometimes a prosecutor will add the “intent to sell” onto the offender’s drug charges to increase penalties.

A skilled criminal defense attorney can argue that the drugs were seized during an illegal search, which could reduce your charges.

Using an experienced attorney is important.  Being a criminal defense lawyer in Sanford provides experience in many of the areas referred to in this article, although different towns and cities have somewhat different issues relating to criminal activity.  But regardless of where you live in the state, the ‘local knowledge’ factor remains important and having a law firm with that knowledge can make the difference between a criminal conviction or not. 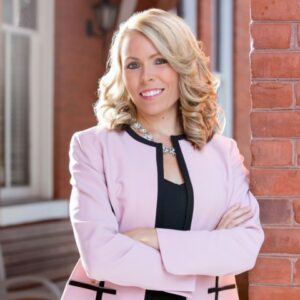