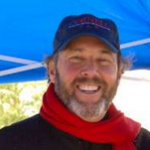 Preet Bharara, the United States Attorney for the Southern District of New York, announced that WILLIAM LANDBERG, former Chairman and Chief Executive Officer (“CEO”) of West End Financial Advisors, LLC (“West End”), was sentenced today to 42 months in prison in connection with an $8.7 million investment scheme. LANDBERG pled guilty in November 2011 to one count of securities fraud before U.S. District Judge Laura Taylor Swain, who also imposed today’s sentence.
According to the Information filed in Manhattan federal court:
West End was a boutique financial services firm located in New York, New York, specializing in alternative investment opportunities and traditional asset management for various types of clients, including institutions and high net worth individuals. West End served as the investment manager for various partnerships it established as investment vehicles or investment funds and raised money for them through the sale of limited partnership interests. In addition to serving as West End’s Chairman, CEO, and Manager, LANDBERG also served as the Chairman of Sentinel Investment Management Corporation (“Sentinel”), an investment adviser registered with the U.S. Securities and Exchange Commission (the “SEC”) that shared office space with West End.
Among the funds managed by West End was the West End/Mercury Short Term Mortgage Fund LP (the “Hard Money Fund”). According to a private placement memorandum issued to investors by the Hard Money Fund (the “Hard Money Fund PPM”), its objective was to “achieve short term, high-yield interest income through the making, servicing, purchasing, selling and repurchasing, and purchasing and selling participation in, mortgage loans” (the “Mortgage Loans”). According to the Hard Money Fund PPM, the Hard Money Fund would sell mortgage loans on particular properties to MCC Funding, Inc. (“MCC Funding”), a wholly owned subsidiary of the Hard Money Fund. MCC Funding would purchase the Mortgage Loans using capital contributions made to MCC Funding by Hard Money Fund investors, as well as principal and interest advances it received from the New York branch of West LB AG (“West LB”), a bank headquartered in Germany. In return, West LB would receive the Mortgage Loans as collateral for the fund advances.
The Hard Money Fund PPM specifically stated that MCC Funding would use the proceeds from West LB “only to purchase Mortgage Loans from the [Hard Money] Fund and to satisfy reserve and fee obligations under the Credit and Security Agreement.” Instead, from January 2009 to April 2009, LANDBERG obtained three loan advances from West LB totaling $8.7 million – all purportedly for Hard Money Fund transactions – and diverted the funds to other uses, including for his own benefit. He also put some of the money into a separate fund managed by West End.
* * *
In addition to his prison term, LANDBERG, 61, of New York, New York, was sentenced to three years of supervised release, with 18 months on home confinement. He was also ordered to forfeit $8.7 million, which is the amount he misappropriated during the scheme, and pay $1.125 million in restitution.
Mr. Bharara praised the work of the Federal Bureau of Investigation and thanked the SEC for its assistance in the investigation.
This case was brought in coordination with President Barack Obama’s Financial Fraud Enforcement Task Force, on which Mr. Bharara serves as a Co-Chair of the Securities and Commodities Fraud Working Group. The task force was established to wage an aggressive, coordinated and proactive effort to investigate and prosecute financial crimes. With more than 20 federal agencies, 94 U.S. attorneys’ offices and state and local partners, it’s the broadest coalitionof law enforcement, investigatory and regulatory agencies ever assembled to combat fraud.
Since its formation, the task force has made great strides in facilitating increased investigation and prosecution of financial crimes; enhancing coordination and cooperation among federal, state and local authorities; addressing discrimination in the lending and financial markets and conducting outreach to the public, victims, financial institutions and other organizations. Over the past three fiscal years, the Justice Department has filed nearly 10,000 financial fraud cases against nearly 15,000 defendants including more than 2,900 mortgage fraud defendants. For more information on the task force, please visit www.StopFraud.gov.
Assistant United States Attorney Jenna Dabbs is in charge of the prosecution.
13-086 ###