LOS ANGELES – A former Glendale police officer was sentenced today to 21 months in federal prison after he pleaded guilty to a series of charges and admitted that he provided information to the Mexican Mafia that allowed an associate of the prison gang to escape justice for a time and that he also repeatedly mislead investigators who were probing his connections to the Mexican Mafia and Armenian organized crime.

When he pleaded guilty, Balian admitted that he agreed to accept $10,000 – and actually received a $2,000 down payment – from a convicted felon who wanted Balian to locate individuals responsible for stealing property from the person’s business. As a result of the payment, Balian caused law enforcement resources to be expended as he attempted to locate the suspected burglars.

Balian also admitted that he obtained information about a task force takedown targeting street gangs under the control of the Mexican Mafia. After receiving the information, Balian contacted associates within the Mexican Mafia and informed them that authorities were planning on arresting the “shotcaller” of one of the targeted gangs. As a result, that gang member – who was the lead defendant in a federal racketeering indictment – fled and was a fugitive for a month before he was taken into custody. Balian “acted corruptly with the specific intent to subvert the due administration of justice for the purpose of enhancing his reputation with the Mexican Mafia,” he admitted in a plea agreement.

In relation to the false statement charge, Balian repeatedly lied to special agents with the FBI and U.S. Immigration and Customs Enforcement’s Homeland Security Investigations (HSI), who, along with the Los Angeles Police Department, were investigating the relationship between the Mexican Mafia and Armenian organized crime, a probe that was also looking into several murders. Among other things, Balian denied receiving money from the convicted felon, denied having a criminal business relationship with a Mexican Mafia associate, and covered up a close relationship with a member of the Mexican Mafia.

Balian “had a successful career as a law enforcement officer and small business owner, but then made a conscious decision to turn to a life of crime and join forces with Armenian Organized Crime and the Mexican Mafia,” prosecutors wrote in a sentencing memorandum filed with the court. “[Balian] blatantly disregarded his sworn oath to protect and serve, and instead chose to subvert law enforcement, place other officers at risk, and live the life of a gang member.”

This matter was prosecuted by Assistant United States Attorney Jeff Mitchell of the Violent and Organized Crime Section. 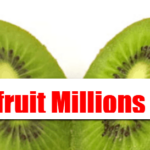 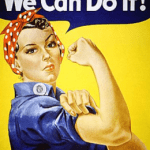