SANTA ANA, California – The owners of a now-defunct Southern California real estate investment firm were arrested today for allegedly perpetrating a Ponzi scheme that ended with the bankruptcy of their company and caused private investors and banks collectively to lose well over $110 million when the scheme collapsed.
Michael Stewart, 66, of Phoenix, and John Packard, 63, of Long Beach, California, were arrested this morning without incident by special agents with the FBI. The two men were named last month in a 16-count indictment returned by a federal grand jury. The two men each face 11 counts of mail fraud, three counts of bank fraud, and two counts of bankruptcy fraud.
Stewart and Packard owned and were the chief executives of Pacific Property Assets (PPA), which had offices in Long Beach and Irvine. The two men created PPA in 1999 to purchase, renovate, operate, and resell or refinance apartment complexes in Southern California and Arizona. Typically, PPA financed property acquisitions through mortgages, and it raised money from private investors to pay for renovations to the properties. After several years, PPA would usually refinance (or sometimes sell) each property.
Although PPA’s apartment rental operations were not profitable, it was able to raise cash through refinancing. As real estate values were generally increasing until approximately 2007, the properties were refinanced at ever-higher values, which enabled PPA to use the extra refinancing proceeds to not only pay off the original mortgages, but also to make payments on other loans, make payments to investors, to pay other business expenses, and to pay Stewart and Packard. In its 10 years of operations, PPA acquired more than 100 real estate properties and raised tens of millions of dollars from hundreds of investors. Stewart and Packard paid themselves annual salaries of $400,000 to $750,000, and each received millions of dollars in additional payments.
According to the indictment, by the end of 2007, when the real estate market began to decline and credit became scarce, PPA’s business model was no longer feasible. As the value of PPA’s properties was falling, PPA could no longer raise money by refinancing its properties with increasingly large mortgages. Furthermore, PPA faced large debt payments to its mortgage lenders and private investors, while it was continuing to lose money in its business operations.
To keep PPA afloat, from late 2007 through April 2009, Stewart and Packard allegedly continued to raise tens of millions of dollars from new investors. The defendants are accused of using these new funds to pay earlier investors, mortgage lenders, other company expenses, and Stewart and Packard themselves.
The indictment alleges that during the course of this continued fundraising effort, Stewart and Packard misrepresented PPA’s financial condition, claiming that its business model was still working, and that PPA was still financially stable and able to raise money through refinancing. Stewart and Packard allegedly concealed from investors the fact that the business had effectively become a Ponzi scheme, using new investors’ funds to pay back earlier investors. Moreover, following PPA’s final investor offering in 2009, virtually none of the investors’ funds were used to invest in new property purchases, as had been promised to investors; instead, the money was used to pay earlier investors and banks, to pay Stewart and Packard, and to pay PPA’s bankruptcy attorney.
The indictment also charges that PPA provided false financial information to at least one of its bank lenders – Vineyard Bank – in order to obtain loans and to maintain its line of credit with that bank. In particular, PPA allegedly substantially overstated its income (including its rental revenue) and assets (including its cash position), concealing the fact that its operations were unprofitable and it had limited liquidity.
PPA and a group of related companies filed for bankruptcy in June 2009. When the bankruptcy was filed, PPA owed 647 private investors more than $91 million, and it owed banks approximately $100 million. In the bankruptcy proceeding, the private investors received nothing, while banks lost an estimated $24 million.
The indictment further charges that Stewart and Packard committed fraud in connection with the bankruptcy process. After PPA had retained bankruptcy attorneys and shortly before it filed for bankruptcy, Stewart and Packard allegedly transferred $165,000 from PPA to Packard’s personal bank account, ensuring that those funds were not available to PPA’s creditors through the bankruptcy process. The indictment also charges that after PPA entered bankruptcy, Stewart and Packard arranged for $131,000 in funds due to PPA to be transferred to outside accounts and then to Stewart, Packard, and their personal attorneys, thus circumventing the bankruptcy process.
An indictment contains allegations that a defendant has committed a crime. Every defendant is presumed innocent until and unless proven guilty in court.
Stewart is expected to make his initial court appearance later today in federal court in Phoenix. Packard is expected to be arraigned on the indictment this afternoon in United States District Court in Santa Ana.
If they are convicted of all 16 counts in the indictment, both Stewart and Packard each would face a statutory maximum sentence of 320 years in federal prison and millions of dollars in fines.
This investigation was conducted by the Federal Bureau of Investigation, which received assistance from the United States Trustee’s Office.
In May 2012, the Securities & Exchange Commission filed a complaint against Stewart and Packard, charging them with securities fraud and other violations of securities fraud (see:  http://www.sec.gov/litigation/litreleases/2012/lr22365.htm). The SEC’s complaint alleged that, shortly after PPA entered bankruptcy, Stewart and Packard formed a new company, Apartments America, which was intended to replicate PPA’s business model. The complaint also alleged that Stewart and Packard made misleading statements to prospective investors about their track record and that of Apartments America, in an attempt to raise money for the new company.  The SEC case has been partially settled, with Stewart and Packard agreeing to an injunction against committing further fraud and selling unregistered securities. The SEC is continuing to seek civil penalties. 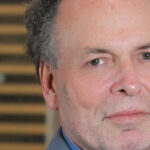