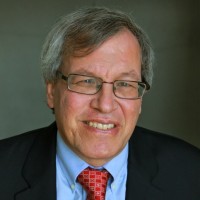 Constitutional law expert and law professor Erwin Chemerinsky has written seven books on legal matters as well as more law review articles than he can probably remember.  He has written in the ABA Journal suggesting that emerging technology has given the police an unprecedented chance to gather information about all of us.  However there are grave risks and the Courts need to provide better Fourth Amendment protection for privacy.

On Jan. 17, the U.S. Supreme Court granted certiorari in two cases that hopefully will force it to bring the Fourth Amendment into the 21st century. In United States v. Wurie and California v. Riley the court will consider whether the police, after arresting an individual, may look at the contents of his or her cellphone. These cases may force the court to confront a question that it has so far ducked: What is the Fourth Amendment’s protection for informational privacy? That is, to what extent should people be able to keep information from the government until it has probable cause to obtain it?

The court has had the chance to deal with this question in recent years and has failed to do so. Most notably, in United States v. Jones, issued in 2012, the court considered whether it violated the Fourth Amendment for the police to place a GPS device on the undercarriage of a person’s car and then track its movements for 28 days without a valid warrant. The court unanimously concluded that this violated the Fourth Amendment, but neither the approach of Justice Antonin Scalia (writing for the majority), nor that of Justice Samuel A. Alito Jr. (writing for four justices concurring in the judgment), is likely to be useful in dealing with the issues of the 21st century.

Justice Scalia, writing for a five-person majority, relied on an English law decision from 1765, Entick v. Carrington, and concluded that under it a trespass is sufficient for a search. The court held that placing a GPS device on the car should be regarded as a trespass and doing so without a valid warrant violated the Fourth Amendment.

Justice Alito concurred in the judgment and said that it made no sense to decide what a search was in 2012 by looking at 18th century English law. He said that the focus should be on whether there is an invasion of the reasonable expectation of privacy, and concluded that tracking Jones’ movement for 28 days without a valid warrant infringed this.

But neither the approach of Justice Scalia nor Justice Alito is likely to be useful in dealing with the emerging issues of technology and the Fourth Amendment. Imagine that the movements of Jones’s car had been tracked not with a GPS device affixed to its undercarriage, but by satellite or cellular technology. I am reasonably confident that not even Justice Scalia can find useful 18th century precedents to decide when the use of satellite or cellular technology is a search within the meaning of the Fourth Amendment.

The real issue, confronted by neither Justice Scalia nor Justice Alito, is the question of informational privacy: To what extent should a person have the right to keep secret where he or she is driving for a month until the police meet the warrant and probable cause requirement? That, of course, is exactly the question that would be raised if the police had tracked Jones’s movements with satellite or cellular technology.

The two cases on police searching the contents of cellphones, which will be argued in April, should force the court to face the issue of informational privacy. In Wurie, the question is whether the Fourth Amendment permits the police, without obtaining a warrant, to review the call log of a cellphone found on a person who has been lawfully arrested.

Police in Boston saw Brima Wurie make an apparent drug sale out of his car. Police followed the buyer, who had bags of crack cocaine, and he identified Wurie as the seller. When the officers arrested Wurie, they confiscated his cellphone. It was an older “flip phone,” and the police looked at the call log on it. The information gained from the call log was used as evidence against Wurie and he was convicted. The 1st U.S. Circuit Court of Appeals reversed and held that Wurie’s suppression motion should have been granted with regard to the information gained from the search of his cellphone.

In Riley, the question is whether evidence admitted at Riley’s trial was obtained in a search of his cellphone that violated his Fourth Amendment rights. Riley was arrested and the police seized the cellphone—a smartphone—that he was carrying,

The police examined the contents of his cellphone and they found evidence identifying him as a gang member. The contents included a photo of him with a red car seen at the site of a shooting. Largely on the basis of what was gained from the search of his cellphone, he was convicted of attempted murder and assault with a deadly weapon. 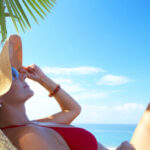