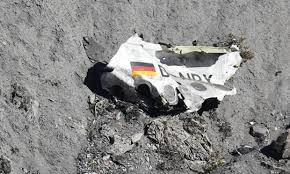 Aviation lawyers and others are predicting a very large payout over the Germanwings crash, particularly if the airline fails to defend itself against negligence claims in respect of the ill co-pilot who set the plane on course to crash in the European alps.

International agreement places a ceiling of $USD157,400 per passenger currently but the circumstances relating to the crash that killed 144 passengers and six crew members could exceed that figure, the legal experts say.

Germanwings is a subsidiary of Lufthansa and revelations continue to emerge about the 27 year old co-pilot, Andreas

Lubitz (pictured) who is now believed to have deliberated crashed the plane into the French Alps.

German state prosecutors said on Thursday that they found evidence that Andreas Lubitz had hidden an unspecified medical condition from his employers, which provides considerable potential legal problems for the airline employer.

“Documents with medical contents were confiscated that point towards an existing illness and corresponding treatment by doctors,” a statement from the prosecutors’ office in Dusseldorf, where the pilot lived and where the flight from Barcelona was heading.

“The fact there are sick notes saying he was unable to work, among other things, that were found torn up, which were recent and even from the day of the crime, support the assumption based on the preliminary examination that the deceased hid his illness from his employer and his professional colleagues,” they told Reuters.

The prosecutors said in a statement that the documents were found in searches of Lubitz’s homes in Duesseldorf and in the town of Montabaur in the state of Rhineland-Palatinate.

Reuters reports that lawyers who have represented families in past airline disasters any potential lawsuits could focus on whether Germanwings properly screened the co-pilot before and during his employment, and on whether the airline should have had a policy requiring two or more people in cockpits at all times during a flight.

Justin Green, a partner at the law firm Kreindler & Kreindler in New York, said passengers’ families would be justified in asking why Andreas Lubitz, the 28-year-old co-pilot, was allowed to be alone in the cockpit.

Pilots may temporarily leave the cockpit at certain times and in certain circumstances, such as while the aircraft is cruising, according to German aviation law.

The Guardian spoke with Bruce Ottley, co-director of the International Aviation Law Institute at DePaul University College of Law, said he was skeptical that Germanwings would need to pay above the Montreal Convention limit unless there is evidence the airline knew in advance the co-pilot was at risk.

But Ottley said airlines choose to settle legal claims in the vast majority of crashes, so the issues may never go to a judge or jury.

“Very rarely do these things ever, ever go to trial,” he said.

For Germanwings to limit its liability, it would have to establish that it and its employees and agents were not in any way at fault or that the accident had been caused solely by the fault of a third party, said Clive Garner, a partner at the law firm Irwin Mitchell in London. The firm has represented passengers’ families in other aviation accidents, including a crash in Nepal in 2012. 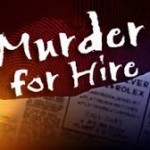 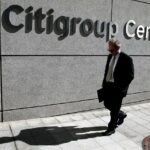