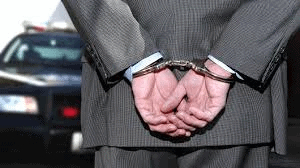 Preet Bharara, the United States Attorney for the Southern District of New York, and Diego Rodriguez, the Assistant Director-in-Charge of the New York Field Office of the Federal Bureau of Investigation (“FBI”), announced today that MICHAEL OPPENHEIM was charged with wire, securities, and investment adviser fraud, as well as embezzlement, for allegedly using his position as an investment adviser at a global financial institution based in New York City (the “Bank”) to defraud multiple Bank clients out of approximately $20 million over a four-year period.  OPPENHEIM was arrested this morning and will be presented later today in Manhattan federal court before U.S. Magistrate Judge Sarah Netburn.

Manhattan U.S. Attorney Preet Bharara said: “Michael Oppenheim is alleged to have misrepresented to investment advisory clients what he would do with their money.  The allegations include that he lied to his clients and misappropriated their money.  I want to thank the FBI and the SEC for their continued vigilance in protecting investors and their money.”

FBI Assistant Director-in-Charge Diego Rodriguez said:  “Investment advisers are required to act in the best interest of their clients.  Oppenheim did just the opposite by allegedly taking advantage of those who trusted him.  As alleged, he concealed their money in a game of hide-and-seek and personally benefitted from illegitimately obtained profits.  Now that his actions have been exposed, he will be made to face the consequences of the justice system.”

According to the allegations in the Criminal Complaint unsealed today in Manhattan federal court:

From at least March 2011 to March 2015, OPPENHEIM, a former investment adviser at the Bank, a global financial institution based in New York City, abused his relationship of trust with his clients in converting to his own use and benefit at least $20 million belonging to at least seven clients whose investment advisory accounts at the Bank he purported to manage.

In some instances, OPPENHEIM induced clients to consent to the withdrawal of hundreds of thousands, and in some cases millions, of dollars from their accounts at the Bank, based on false and misleading representations that OPPENHEIM would invest their money in low-risk municipal bonds to be held in an account at the Bank.  In other instances, OPPENHEIM simply withdrew hundreds of thousands of dollars from clients’ accounts without their knowledge.

OPPENHEIM did not invest these clients’ money in low-risk municipal bonds at the Bank as promised.  Instead, after taking a client’s money, OPPENHEIM, without the client’s knowledge, used the client’s money to obtain cashier’s checks purporting to be remitted by the clients.  OPPENHEIM then deposited the cashier’s checks in at least three online brokerage accounts OPPENHEIM controlled at financial institutions other than the Bank.  OPPENHEIM used clients’ funds for his own personal use, including on-line trading in accounts he controlled, and to pay for personal expenses such as a home loan and bills.

In an effort to cover up his fraudulent scheme, OPPENHEIM provided some clients with fraudulent Bank account statements. The purported Bank account statements reflected bonds held by other clients of the Bank, but OPPENHEIM caused his clients’ names to appear on the statements in order to give the false impression that OPPENHEIM had purchased bonds on behalf of those clients, as he had promised.  In a further effort to conceal his fraud, on several occasions, and without his clients’ consent or authority, OPPENHEIM withdrew funds from one client and deposited those funds into the account of another client.

OPPENHEIM continued the fraud until he was terminated by the Bank in March 2015.

OPPENHEIM, 48, of Livingston, New Jersey, is charged with one count of wire fraud, one count of embezzlement, one count of securities fraud, and one count of investment adviser fraud.  The embezzlement count carries a maximum of 30 years in prison.  The wire fraud and securities fraud counts each carry a maximum sentence of 20 years in prison. The investment adviser fraud count carries a maximum sentence of five years in prison. The charges carry a maximum fine of $5 million, or twice the gross gain or loss from the offense.  The maximum potential sentences in this case are prescribed by Congress and are provided here for informational purposes only, as any sentencing of the defendant will be determined by the judge.

In a separate action, the U.S. Securities and Exchange Commission (“SEC”) announced civil charges against OPPENHEIM.

Mr. Bharara praised the work of the FBI, and thanked the SEC and FINRA for their assistance.  He added that the investigation is continuing.

Today’s announcement is part of efforts underway by President Obama’s Financial Fraud Enforcement Task Force (FFETF) which was created in November 2009 to wage an aggressive, coordinated and proactive effort to investigate and prosecute financial crimes. With more than 20 federal agencies, 94 U.S. Attorneys’ offices and state and local partners, it is the broadest coalition of law enforcement, investigatory and regulatory agencies ever assembled to combat fraud. Since its formation, the task force has made great strides in facilitating increased investigation and prosecution of financial crimes; enhancing coordination and cooperation among federal, state and local authorities; addressing discrimination in the lending and financial markets and conducting outreach to the public, victims, financial institutions and other organizations. Since the inception of FFETF in November 2009, the Justice Department has filed more than 12,841 financial fraud cases against nearly 18,737 defendants including nearly 3,500 mortgage fraud defendants. For more information on the task force, visit www.stopfraud.gov.

This case is being handled by the Office’s Complex Frauds and Cybercrime Unit and the Securities and Commodities Fraud Task Force.  Assistant U.S. Attorneys Janis Echenberg, Alexander Wilson, and Brooke Cucinella are in charge of the prosecution. 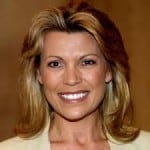 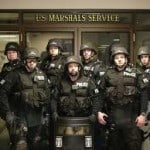