Harvard Law professor Lawrence Lessig, a candidate in the Democratic presidential primary, has unloaded on the “conventional wisdom” that the electoral college requires the person who lost the popular vote must become the president.

Not so, says the professor in an op-ed in the Washington Post.

Conventional wisdom tells us that the electoral college requires that the person who lost the popular vote this year must nonetheless become our president. That view is an insult to our framers. It is compelled by nothing in our Constitution.

It should be rejected by anyone with any understanding of our democratic traditions  — most important, electors themselves.

The framers believed, as Alexander Hamilton put it, that “the sense of the people should operate in the choice of the [president].” But no nation had ever tried that idea before. So the framers created a safety valve on the people’s choice. Like a judge reviewing a jury verdict, where the people voted, the electoral college was intended to confirm — or not — the people’s choice.

The contentious election and the ‘election’ of Donald Trump is not the foregone conclusion events and the constitution might indicate, he says.

But the question today is which precedent should govern today — Tammany Hall and Bush v. Gore, or one person, one vote?

The framers left the electors free to choose. They should exercise that choice by leaving the election as the people decided it: in Clinton’s favor. 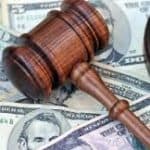 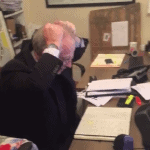